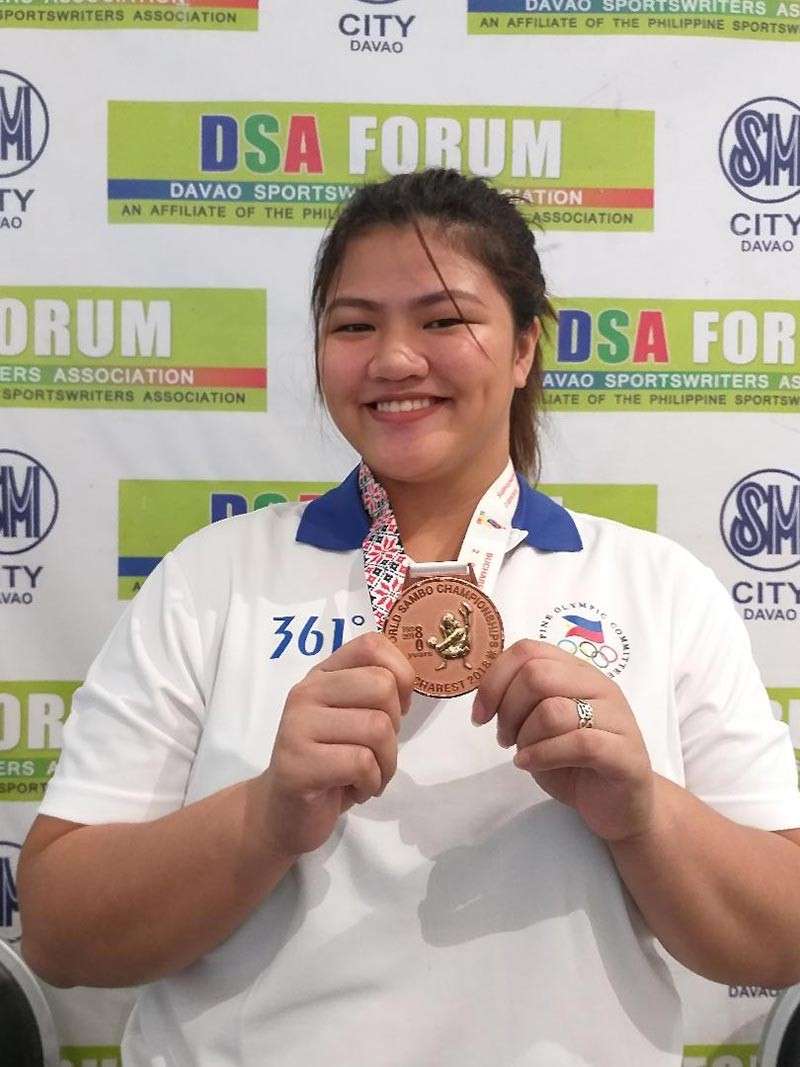 This will be the first time she will compete in sambo in the biennial Games. In her SEA Games debut in Kuala Lumpur, Malaysia in 2017, she salvaged a bronze medal in judo.

Tancontian, who will turn 19 on January 17, will leave for Singapore next week to start her SEA Games training preparations.

“Indefinite pa po kung til when ako sa Singapore but naka-line up narin po yung mga ibang lugar na pupuntahan ko for training and exposure tournaments abroad,” Tancontian, who was accompanied by her father Paolo and grandmother at the forum, added.

Since she had been competing in Asian and world sambo tournaments recently, the Dabawenya said playing against SEA counterparts “would be a challenge” for her.

She plans to lose 15 kilograms in six months to keep herself fit in the rigors of the competitions leading to the 30th SEA Games slated November 30 to December 11.

Tancontian started as a judo player since his father who trained her is a former national judo team member. In her 10 years as an athlete though, she also had stints playing Brazilian jiu jitsu and wrestling.

She played judo for University of Santo Tomas as a varsity scholar and won golds in the University Athletic Association of the Philippines (UAAP).

“Sambo is pretty much the same with all martial arts I already played,” she said, adding that judo greatly helped her in ground techniques while wrestling gave her opportunity to compete abroad and sambo opened opportunities for her to achieve much more than she could ever imagine. (MLSA)