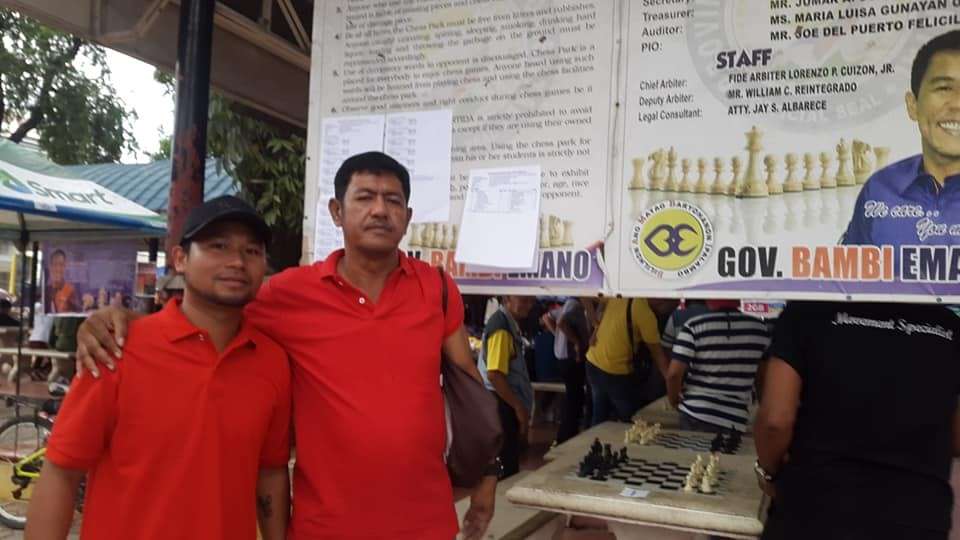 THE pair of Jeriel Manlimbana and Paciano Gulle for Team E2M Worldwide Company on Thursday, January 10, wiped out the tandem of Johnnel Balquin and Yasser Macadatar, 2-0, to take the solo lead in the ongoing 6th Kuyamis Dalawahan Chess Festival at the Capitol Chess Park in Cagayan de Oro.

Manlimbana and Gulle earned 7 match points with still one round left in the elimination round for the big four.

The Malaybalay City pride Manlimbana outwitted Balquin in a two Bishops against a couple of Knights mid-game squabble.

Bankrolled by the Provincial Government of Misamis Oriental through Governor Emano, the Kuyamis Dalawahan chess team tourney offers P6,000, P3,000 and P2,000 plus trophies to the top-three team finishers.

On January 12 to 13, top pawnpushers in Mindanao are expected to gather once more in Barangay Tablon, Cagayan de Oro for the cash-rich 2019 Tablon Fiesta Chess Team Tournament with the major prizes of P20,000, P15,000 and P10,000 awaiting the winners.