DICT chief: We will have 3rd telco by midyear 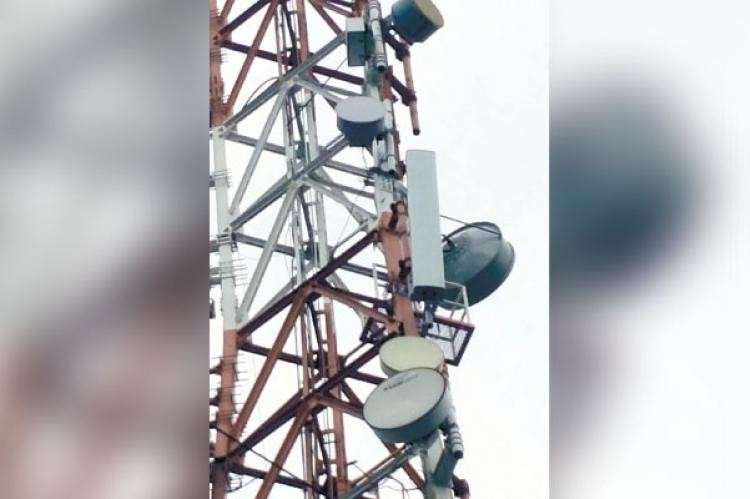 ACTING Information and Communications Technology Secretary Eliseo Rio Jr. has assured President Rodrigo Duterte that the third telecommunications provider would be operational by the middle of 2019 to break the duopoly of PLDT Incorporated and Globe Telecom Incorporated.

Rio also assured that the Department of Information and Communications Technology (DICT) “can answer all the concerns” raised in another case filed over the selection of the New Major Player (NMP) in telecommunications.

Rio made the assurance after President Rodrigo Duterte reiterated during the Usman situation briefing in Pili, Camarines Sur on Saturday, January 5, that he does not want the judiciary to interfere in project implementation by issuing any injunction against any government project.

“Hindi na namin pinapansin ‘to, Sir (We are ignoring this, Sir). We’re sure it will not really prosper. We can answer all their concerns in court,” Rio told the President, referring to a new case filed over the NMP selection process.

WATCH: President Rodrigo Duterte’s discussion with DICT Acting Secretary Eliseo Rio, Jr. during the situation briefing on the aftermath of Typhoon Usman. Pres. Duterte strongly supports the Department’s projects and does not want any of these to receive any injuction or TRO in any court. He also wants to make sure that there is no corruption involved in any of the DICT projects. Video clipped from Radio and Television Malacañang (RTVM) FB page.

Posted by Department of Information and Communications Technology - DICT on Monday, January 7, 2019

Malacañang has listed the declaration of Mislatel as the NMP on November 19, 2018 as one of President Duterte’s major accomplishments in 2018.

Its commitment is to increase basic internet speed in the Philippines to 55 Megabits per second (Mbps) and serve at least 84 percent of the population on its fifth year of operation.

To meet its target, the consortium is calling on the unsuccessful NMP bidders to partner with them for a faster rollout of facilities.

"In fact, even telco players that did not win the bid or decided not to bid, such as PT&T, Converge, etc. can partner with us and we can use their existing telecommunications facilities for a faster roll-out," Mislatel Consortium spokesperson Adel Tamano said in a statement issued on November 20, 2018.

Rio had said that one of the best ways Mislatel can comply with its commitments is to use all existing facilities and services of the other small players, "like the tens of thousand kilometers of fiber optic cables of PT&T and Converge ICT, the satellite network of Chavit Singson's SEAR, the fiber on air of NOW, etc."

This is something that PLDT and Globe did not tap, Rio noted in a Facebook post on November 17, 2018.

"Globe and Smart are not patronizing these small telco players because both have built their own infrastructure. While the giant incumbent telcos treat these small players as customers, the New Major TelCo Player can treat them as partners, even sharing its facilities and frequencies with them," Rio wrote.

Such requirements were not imposed on either PLDT and its mobile unit Smart Telecommunications, or Globe Telecom.

“Globe and PLDT/Smart never made any commitment in the more than 20 years of their operation. They never posted any performance security,” Rio stated.

The government will provide support, not only for the NMP but for all players, by investing in telecommunication infrastructure such as a nationwide fiber optic cable backbone, cable landing stations, common towers and last-mile facilities specially in underserved and unserved areas.

“DICT is now putting up strong cybersecurity infrastructure and programs that will effectively protect our cyberspace,” Rio said.

“Pending laws will soon be enacted like Number Portability, Open Access, PSA allowing more than 40% foreign ownership of telcos, equitable distribution of spectrum and spectrum management reform, etc., that will make possible the entry of a fourth, even a fifth major telco player,” he added.

Ma. Yolanda Crisanto, senior vice president and head of corporate communications of Globe Telecom, said they expect the government to maintain a level playing field and allow the industry players to compete fairly.

“As our lawmakers are now more inclined to do broad reforms in the telco sector, this will benefit all players—old and new. Hopefully, the reforms will finally address the consumers’ need for first world internet connectivity and help bring about the country’s digital transformation,” she said in an email interview.

Will the entry of Mislatel result in cheaper gadgets, and lower data rates?

Crisanto said the entry of a third major player will help foster a healthy competitive environment and ultimately benefit consumers.

“The new player has the potential of opening up new sources of revenue streams for telcos while providing consumers with more innovative products and services,” she said in an email interview.

She noted, however, that internet rates in the Philippines are already among the lowest in the world and that Globe already offers low postpaid rates.

“The price of internet in the Philippines is actually among the lowest in the world. In terms of international price comparison, the United States is actually one of the most expensive markets. Their prepaid sim is approximately $60 (more than P3,000) a month for 1 gigabyte,” she said.

“As for the Philippines, Globe specifically, our cheapest bulk plan is P 999 (around $20) with 8 gigabytes of mobile data. If you want to go even lower, the best plan is the GoSurf50 which is 1 gigabyte lasting for three days for only P50. This is also inclusive of texting. It is not expensive,” she added.

Crisanto cited data from Ookla in the last five years, which showed a significant increase in average internet speed in Southeast Asian countries.

The Philippines, Ookla data showed, posted a 445-percent growth for fixed broadband and 2,902 percent for mobile.

“We intend to continue improving the internet experience of our customers along with other innovations brought about by 5G technology in mid 2019,” Crisanto said.

“Our strategy of focusing on the customer has continued to inspire us to do better and meet the demands of our customers,” she said.

“The company has also established the digital lifestyle ecosystem for our customers by bringing in world class content from global and local partners such as Netflix, Disney, Fox Plus, Amazon Prime, Viu, Spotify, Hooq, Iwant, iFlix, among others,” she added.

As of end-September 2018, Globe clocked in 65.4 million mobile customers, a 10 percent increase year-on-year.

Mobile data continued to be the top contributor to Globe total mobile business, with revenues amounting to P38.7 billion for the first nine months of the year, Crisanto said.

The company also saw mobile data traffic soar by 49 percent to 641 petabytes during the first nine months of 2018, from 430 petabytes recorded in the same period in 2017.

“This makes its LTE coverage present in about 90 percent of cities and municipalities nationwide. To date, Globe has a total of 40,522 base stations to support the service requirements of its customers,” Crisanto said.

Mislatel was conferred the NMP status nearly two months after President Duterte insisted that the new player should be picked by late October or early November in 2018.

Two other bidders were disqualified during the preliminary evaluation of selection documents on November 7.

Sear Telecoms-Tier 1 Consortium, which is led by the LCS Group of Companies of Ilocos businessman and politician Luis "Chavit" Singson, was disqualified for failure to submit the P700-million participation security.

Philippine Telegraph and Telephone Corporation (PT&T) was disqualified for failure to submit a Certification of Technical Capability from the National Telecommunications Commission (NTC), which requires bidders to have 10 years of experience as a telecommunications provider on a national scale.

Both their motions for reconsideration were rejected.

Duterte, who has long wanted a new telecommunications player to break the PLDT-Globe duopoly, said in his third State of the Nation Address on July 23, 2018, said the third major player in the telecommunications industry should be "reliable, inexpensive, and secure." (SunStar Philippines)
< Previous PageNext Page >