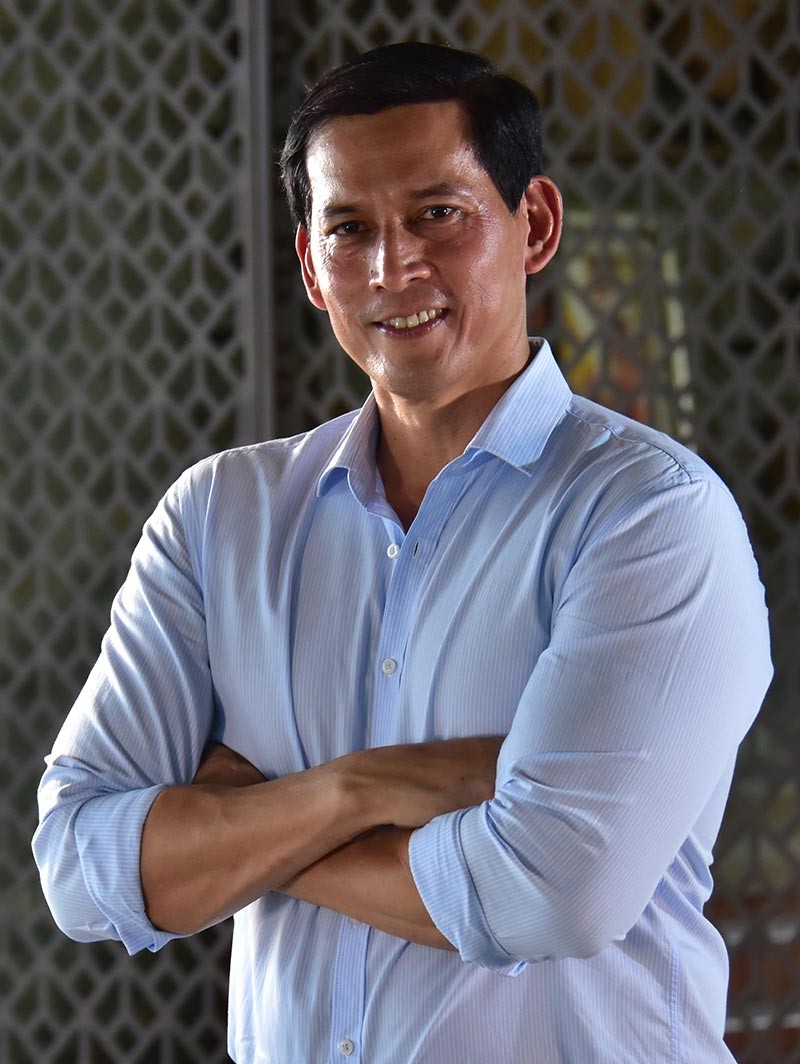 WHO would have thought that someone who didn’t exactly have a good first experience and impression of Davao City would end up loving it and even settling here for good?

Captain Ronald Go was then part of the Philippine Air Force when he was assigned for the first time in Davao City between 1988 and 1989. With no family and friends in the city, he accepted the assignment and went on to practically live alone while doing his job. His first Christmas in Davao City was very memorable. Go was laughing when he recalled how he was mistaken for a call boy by a random gay person and how he went home alone soaking wet because of the rain. He recalled how he knew he started under a rather negative light in the city but that he didn’t entirely dislike the city feeling that there was still something special here.

This something special that he meant stemmed out from his initial observance of Dabawenyos as generally friendly and very welcoming. He sensed no communication barrier between him and the Dabawenyos he was able to interact with. He was from Manila and for the first few months of staying in Davao City, he could only communicate in Filipino. Despite not being able to speak using the local language yet, he felt that he was welcomed in every conversation he tried to be in.

On his second or third assignment in Davao City, he met a Dabawenya who captured his heart and whom he married in 1992. This ignited his decision to stay here for good.

Two years after their marriage, they decided to go into car rental business starting then with a secondhand old van.

“There were people who were laughing and didn’t believe in our business. They said our secondhand van was smelly. But of course, as we were starting the business, we listened to the feedback of our clients and strived to improve more,” Go said.

Over the years, they learned to focus on a specific niche of the car renting business particularly catering to business organizations. His studying graduate class in Ateneo de Davao University earned him connections with professors and fraternity brothers who introduced him and his business to other people. Through everything, he was able to expand his business and brought additional vans and eventually trucks as well.

They have been catering different companies such as DMJ International, Tadeco, Unifrutti, and Panasonic among others. These companies needed additional cars, pick-ups, and SUVs during their company tours or special events.

When his wife died, his friends in Manila asked him if he would ever consider going back to Manila. “Why should I go back to Manila? My family, my children are here. People also already know me here. I had been part of different organizations such as the Rotary Club and the Davao City Chamber of Commerce and Industry, Inc. That’s the nature of Davao, we’re like a big family here,” Go said.

When Go was made president of DCCCII in 2017, he said it allowed him to serve the city in various capacities. Only during the first quarter he was able to meet nine ambassadors from different countries while his predecessors met three to four ambassadors during the first quarter of their terms. Go agreed 2017 was indeed a high time for Davao City as was apparent with the number of foreign visitors coming in the city.

With all these civic responsibilities that Go was able to do in Davao City, he felt all the more home and all the more welcomed here.

“I keep on mentioning this but it’s the versatility in terms of communication [and] in terms of dialect that you find here [that makes Davao home]. Maybe we call the Dabawenyos resilient people because these are people who obviously had been to so many challenges – we talk about security problems, peace and order – but we’re still here and we still believe in Davao and what it has to offer,” he added.