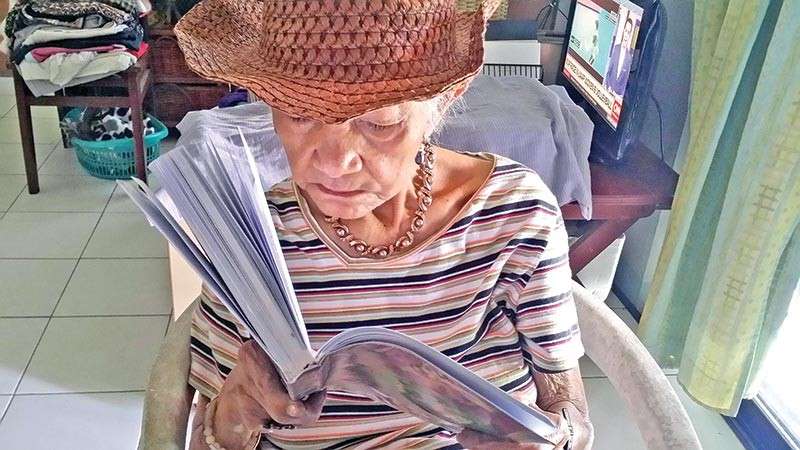 THE art and design scene in Davao City was still reeling from the passing on of two-time Palanca Awardee poet-artist Tita Lacambra-Ayala, the poetry mentor of many, last January 9, 2019 after battling complications following a surgery for her fractured femur in December 2018, when it was again stunned by the sudden passing of Archt. Manuel Ng Chiew, the mentor of many a Davao architect, who suffered a stroke just last Friday, January 11, 2019.

Both have impacted the lives of many. Tita in the written world as she published the Roadmap series featuring Davao artists and poets since 1981. Being featured in Tita's Roadmap series was the dream of every aspiring artist of Davao for the past decades.

It is in her work with the roadmap, that she connected generations of artists together through all these years. It was from her daily chores in her family -- artist Jose M. Ayala (deceased), and the brood that include the music icons Joey Ayala and Cynthia Alexander, Monica, who stood as her constant chaperone in her later years being a registered nurse, Alfredo “Pido,” and Laura Isabel. Another son David passed away in March 1995.

While she published several books of poems, the expanse of her thoughts is captured in a 2011 collection “Tala Mundi” published by the University of Santo Tomas and edited by Ricardo M. de Ungria.

Her remains are at Ponce Suites Gallery Hotel for those who want to pay their last respects.

Archt Chiew, on the other hand, was the architect that every aspiring architect wanted to be as he built one iconic structure to another, including the San Pedro Cathedral. His house designs in the 1970s carried a “trademark” of sorts -- a canopied driveway, which every homeowner dreamed of having.

He has evolved to become a highly-respected architect who mentored many in a God-centered way, and they all say, it was awesome.

Way past retirement age, he mentored on as principal consultant of Manuel N. Chiew Architects and Engineers, the company he built in his prime.

Archt Chiew was one of nine Balik-Tanaw Awardees in 2008, the United Architects of the Philippines College of Fellows awards for distinguished architects in the country. Organized in 2006, the award aims to recognize the lifetime achievement of its members.

He had been a widower for years after his wife Veronica passed on. He is survived by his children Ma. Socorro, Anthony, and Rita. Two other children Manuel Jr. and Milagros have already passed on.

The passing of these two art and design greats leaves a big hole in the hearts of those they touched, but their inspirations live on in those they mentored.