Sisters of Mary get P2.4M windfall 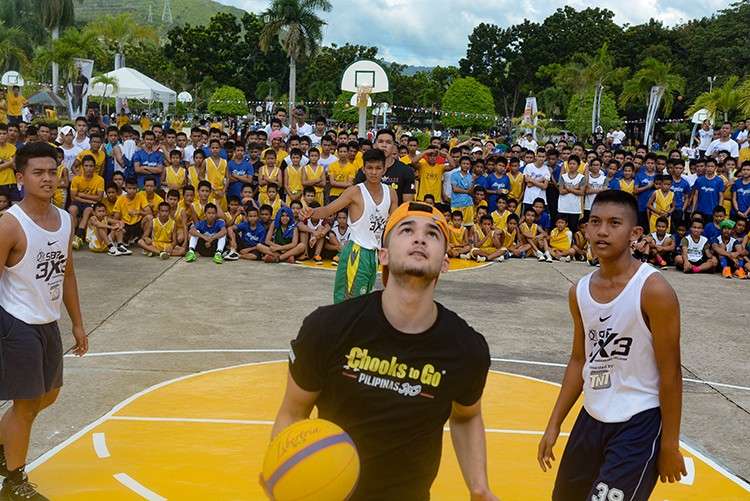 WITH the overwhelming support and dedication shown by the Sisters of Mary School (SMS)-Boystown and SMS-Girlstown in the record-breaking Chooks-to-Go 3x3 Basketball Tournament, the event’s major backer has decided to give cash assistance to both schools.

The massive 3x3 tournament kicked off on Saturday, Jan. 12, with thousands of Under-18 players competing simultaneously in the 50 outdoor courts of the SMS-Boystown in Minglanilla, Cebu.

“We have donated P100,000 for the SMS-Boystown and another P100,00 for the Girlstown today (Saturday). I was moved and impressed by the warm welcome from the kids; the sisters have disciplined and raised these kids very well. I have decided to add another P100,000 every month,” the president and general manager of Bounty Agro Ventures Inc. Ronald Mascariñas told SunStar Cebu.

Mascariñas said the donation can help in the operation of the school.

“We do this so that they can continue what they are doing here. They can spend it on their programs here. I think they know better what to spend with this donation,” he said.

The current Fiba record stands at 1,598 players. The Chooks-to-Go 3x3 Basketball Tournament is set to break it when the two-day tournament will wrap up on Sunday with a total of about 2,700 total participants.

“These kids are making history. They can also help us improve our ranking in the Fiba 3x3,” said Mascariñas, adding that they hope to get to Top 8 in the ranking before the 2020 Tokyo Olympics.

The 3x3 event has recently been added as a medal tournament in the Olympics. The country is currently ranked at 25th place. The series of tournaments and participation of various players can add to the country’s points.

Adding spice to the event was the presence of 3x3 ambassadors Kobe Paras and Thirdy Ravena who played an exhibition game against the top players from the SMS-Boystown.

SBP executive director Sonny Barrios was thankful for the good weather that paved the way to a good result in the first day.

“Let us thank The Guy above for giving us good weather and we had done the original plan. The bad weather would have diluted the magnitude of the event,” Barrios told SunStar Cebu in a separate interview.

“With the number of participants, we should be filing up points for our goal to make it to the Olympics. Kobe (Paras) and Thirdy (Ravena) interacted with the kids by playing an exhibition game, it made it more exciting,” he said.

Barrios said that the sky’s the limit for the promising basketball venue in SMS-Boystown and SMS-Girlstown.

“With the impact of this event, who knows that some organizers will get the interest to do another event here or the Chooks-to-Go might organize another one if they get satisfied with the outcome,” said Barrios.