Simple telling of family saga does it for Labangon 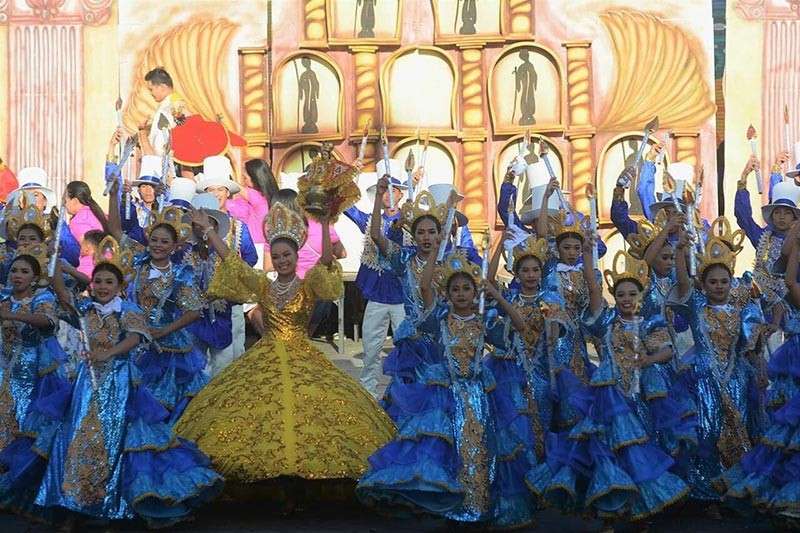 VICTORY is sweet when shared with friends, but it is sweeter when achieved with family.

Banay Labangon, as it is aptly called, capped the final chapter of their 11-year-old family saga with a bang as they clinched the grand prize in the 2019 Sinulog sa Barangay sa Dakbayan.

Since 2008, Labangon has been highlighting family reunions and reconciliations, with Señor Sto. Niño at the center, in their performances.

For their stage performance last Sunday, January 13, the team depicted a clan celebrating a reunion.

What started as a jovial gathering, though, ended with the family patriarch suffering from a heart attack after his two sons engaged in a brawl that stemmed from their daughters’ fight over a toy.

Fearing for their father’s life, the sons and other members of the family gathered to ask for forgiveness and peace from the Holy Child Jesus.

With the Sto. Niño hearing their prayers, the family grew closer and started to hear mass together after setting their differences aside.

Angelo Manapsal, Labangon’s head choreographer, said their theme hit close to home as he had the same experience during a clan reunion.

“It was inspired by my family. During our family reunion, the same incident happened. My siblings also had a conflict, and I’m sure the same thing has also happened with other families. I hope that other families will also realize that forgiveness is important,” he said.

An established crowd darling, Labangon swept spectators and the board of judges with their cohesive concept, appropriate choice of colors and props, and clear transitions and movement.

Eleseo Manlangit, one of the judges, commended Labangon for their unique formations and “realistic” concept.

“Logic plays a big part in putting up a show. The choice of color has to be connected with the theme and Labangon did that. They had a good performance, clean choreography and they had a clear, simple story-telling,” he said.

For besting 12 other contingents in the ritual showdown, Labangon took home P350,000.

Manapsal said that spectators are up for an even better, more heartwarming performance from their team for the grand parade on Jan. 20.

“Actually, our props are still not finished. We still have a lot to show the audience,” he added.

Aside from its instrumental accompaniment, Banay Labangon danced to the loud cheer of the crowd when it performed its Sinulog-based routine during the ritual showdown.

The dancers donned a blue and white ensemble embellished with gold accents that glimmered with the sunlight.

In the next few days, the 92 dancers and 150 props men who will carry the panels and other props will work double time to bring another feat to Labangon’s name.

Manapsal said they will have to pay more attention to details and have more finesse to keep their impressive track record.

Last year, Banay Labangon came close to bagging the grand prize for the Sinulog-based category after it finished in second place during the ritual showdown of the Sinulog grand parade.