Bzzzzz: Abellana looks up to, Gica snubs, DILG; both want to hold on to their seats 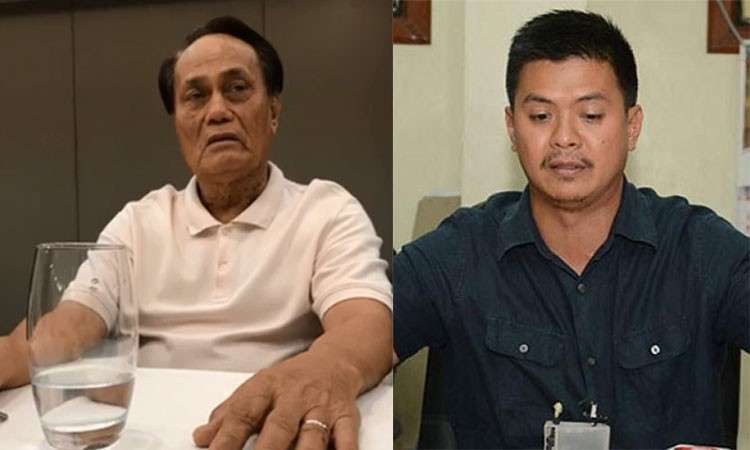 SUSPENDED Barangay Captain Gines Abellana of Mambaling, Cebu City is holding on to his seat as barangay chief. So is Dumanjug, Cebu Mayor Guntrano Gica, to remain as the town's top executive. Each for a reason that involves the Department of Interior and Local Government (DILG).

Abellana won't yield to the barangay's first councilor until DILG orders him to do so. Gica won't give up for his vice mayor although DILG has ordered him to vacate the mayor's office. Abellana looks up to DILG; Gica thumbs down DILG's specific order.

Each apparently is honoring or ignoring the authority, depending upon whether it supports his stay. Abellana relies on DILG to back his refusal to yield. Gica snubs DILG to keep his position. Same goal or end.

The Court of Appeals ruling, which Mayor Gica cited as basis for reassuming his post last August and holding on, said the court "merely noted" the mayor's right to appeal.

The news report quoted Court of Appeals Associate Justice Marilyn Lagura Yap's statement in the decision, "There would in effect be a prejudgment of the main case and a reversal on the rule on the burden of proof since it would assert the proposition that the petitioner is bound to prove his claim."

Legal jargon. Does that mean the main case is still not decided and petitioner Gica still has to prove that the decision against him was wrong? The story didn't say and a number of readers must have been confused. A line about what the court ruling meant, considering the dispute and impasse that followed, would have helped.

PUZZLERS TO SOLVE [1] If the Senate would approve the House version of the 2019 budget by next Monday, February 21, as Senate President Tito Sotto has promised, even without a bicameral conference, would that mean the billions of pesos worth of infrastructure outlays tucked into the budgets by House leaders and the budget secretary would not be slashed away, despite the "insertion" accusations of Senator Ping Lacson? And has anyone noticed the silence of Lacson after the initial noise against the return of pork barrel? OK na?

[2] Former Bacolod City police chief Francisco Ebreo was earlier fired by President Duterte who accused him of involvement in illegal drugs. Now PNP Chief Oscar Albayalde announced in a press briefing Monday, January 14, that Ebreo is neither in the president's narco list nor in the police drug watchlist. "Wala," Albayalde said, in both lists.

Mandaue City Mayor Luigi Quisumbing reportedly missed an election-peace agreement signing at weekend. In Quezon City, so did, among others, Imee Marcos and Bam Aquino, candidates for senator.

Mostly symbolic, the peace pact has long lost its allure. Neither the signers and the public see much usefulness in agreements that do little to curb vote-buying and other election offenses.

Police and other do-gooders have not seen any other symbolism or public relation device to gather the candidates and provide photo-ops for the politicians and the sponsoring organizations.