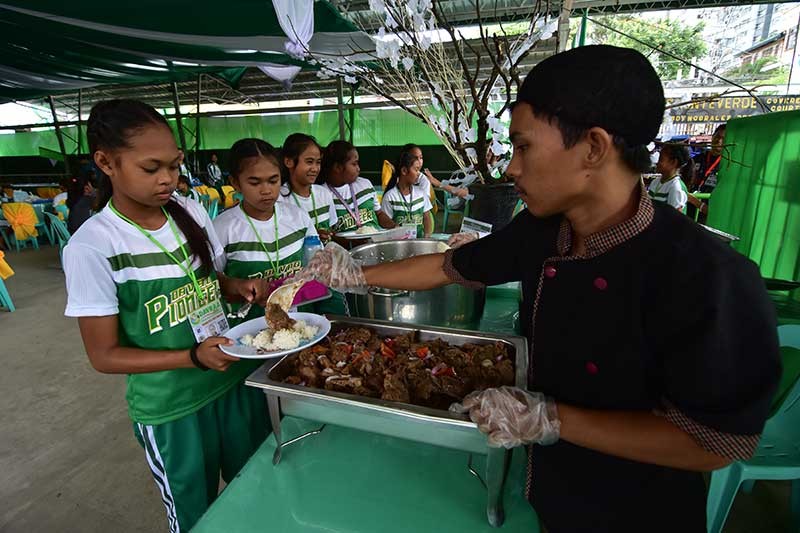 DAVAO. Athletes line up for their meals. (File photo)

AS HOST of the Davao Region Athletic Association (Davraa), Davao City will take precautions to avoid another food poisoning incident.

“We are actually trying to look at those aspects na kailangan i-improve or i-approve para dili na gyud to mahitabo last year. We become very strict na sa mga ingon ana nga butang (We are actually looking into aspects that still need improvement to prevent a similar incident. We are very strict on that)," said Mikey Aportadera, officer-in-charge of the Davao City Sports Development Division of the City Mayor's Office (SDD-CMO).

In Davraa 2018, there were 38 Mati delegates who were brought to the hospital after eating leftover food. But the City Health Office (CHO) then deployed a sanitary inspection team and the children were prevented from buying food outside their billeting center.

Meanwhile, CHO Sanitation Unit inspector Curtis Lazarraga, in a text message, said that there will be a scheduled inspection on food handlers allowed to sell at the event to avoid another incident.

“We are confident that untoward incidents won’t happen again,” he added.

During last week’s ISpeak media forum, he also said CHO does not want to replicate the incident that happened in 2018.