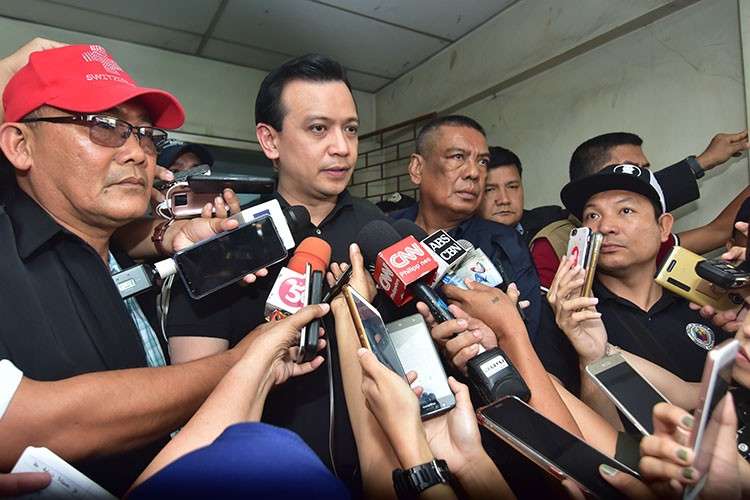 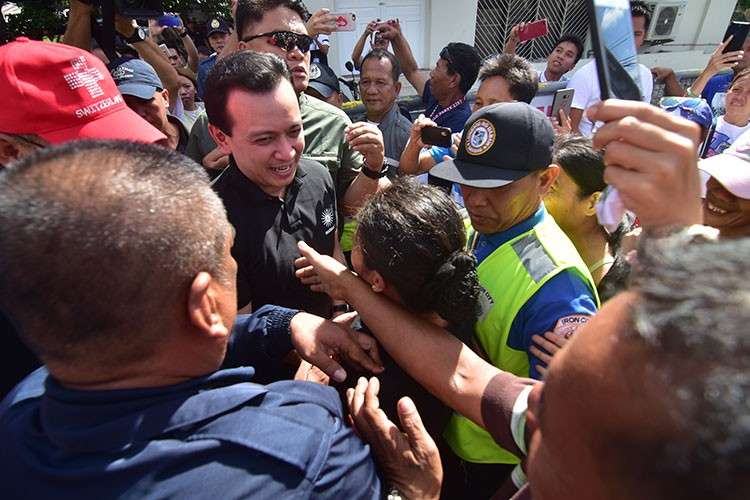 SENATOR Antonio Trillanes IV pleaded not guilty to four counts of libel filed against him during his arraignment at Regional Trial Court 11 Branch 54 in Davao City on Tuesday, January 15.

He said while he is willing to face the charges filed against him in Davao City, it will, however, depend on his availability.

The libel complaint for libelous and defamatory accusations of corruption and extortion was filed by presidential son and former Davao City vice mayor Paolo Duterte on September 7, 2018.

Trillanes allegedly made libelous statements against Duterte in an interview with Leo Lastimosa of dyAB Cebu on September 8, 2017.

The other libel case was filed on September 19, 2018 for Trillanes's allegations that Duterte was involved in a P6.4-billion drug shipment in 2017. The senator repeatedly called Duterte a "drug smuggler."

On December 27, 2017, Duterte and lawyer Mans Carpio, husband of Davao City Mayor Sara Duterte Carpio, also filed a civil case against Trillanes for involving them in the drug shipment.

Trillanes was set to return to Manila via a 5:35 p.m. flight Tuesday.

Meanwhile, lawyer Rainer Madrid, legal counsel and spokesperson of Duterte, said in a separate interview that they are excited to proceed with the trial.

Madrid said Trillanes filed a petition for review at the Department of Justice (DOJ), challenging the advert decision of resolution of the Davao City Prosecutor's Office. Within 60 days, the petition will be evaluated by DOJ to determine if the court will suspend the proceedings or not.

But Madrid said it is possible that the DOJ may not be able to evaluate the cases within 60 days because of the pending cases filed at the Justice department.

He said they tentatively set an out-of-the-court "mediatio" on March 21. (SunStar Davao)