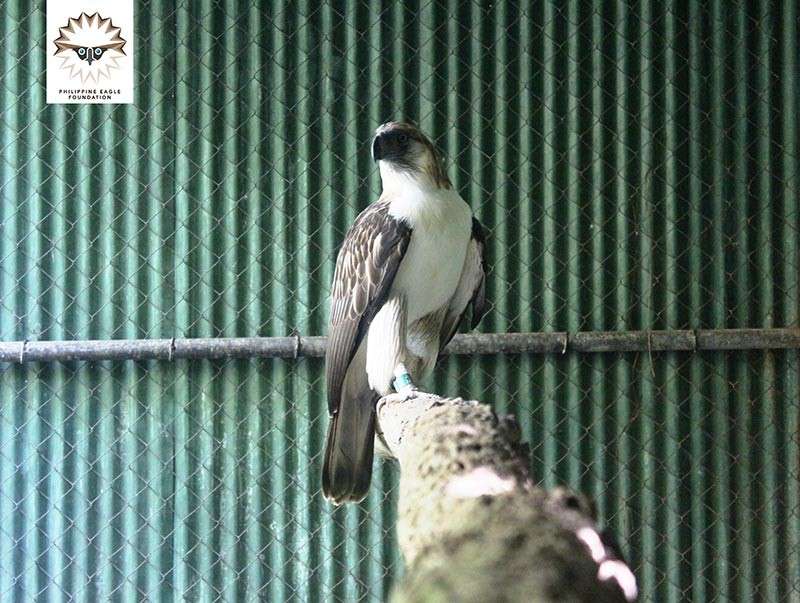 "Unlike before, people are now active in reporting cases involving the Philippine Eagle to us. For example, for almost all cases, if somebody gets hold of an eagle, it will be reported to us unlike before that many of these remained unreported," he said.

Pag-asa is a product of Cooperative Artificial Insemination (CIA) of Philippine Eagles Diola and Junior, the sperm donor. CIA is a breeding process involving the collection of semen from male eagles and implanting them into female eagles, a scientific way of increasing the bird's diminishing population.

The 27-year-old eagle can't be released to the wild and will remain in captivity due to its dependence on humans, particularly to its imprinted keeper Eddie Juntilla.

Despite the progress made on conservation programs and initiatives, Salvador emphasized that they are still far from the foundation's ultimate goal of enabling the national bird's status off the list from "critically-endangered species" category.

Another threat is human-inflicted harms like shooting eagles in the wild.

The foundation director warned that if this trend continues, it is possible to kiss our national bird goodbye.

"We urge everyone to take part in the conservation of the Philippine Eagles. Let's protect our eagle especially those in the wild," he said.

The foundation has produced 28 eagles through its captive breeding program since Pag-asa, but only 19 of which are alive. At present, there are a total of 32 eagles under the foundation's care.

PEF believes that around 400 pairs of Philippine Eagle are in the wild soaring around the country.

The Philippine Eagle was declared the country’s national bird, replacing the Maya, in 1995 by former president Fidel Ramos.

Meanwhile, during Pag-asa's hatchday celebration, some 40 junior and senior high students from different schools in Davao City participated in the PEF-initiated workshops and talks about careers in conservation.