Bzzzzz: At best, a DOTr order for Angkas and habal-habal to operate temporarily 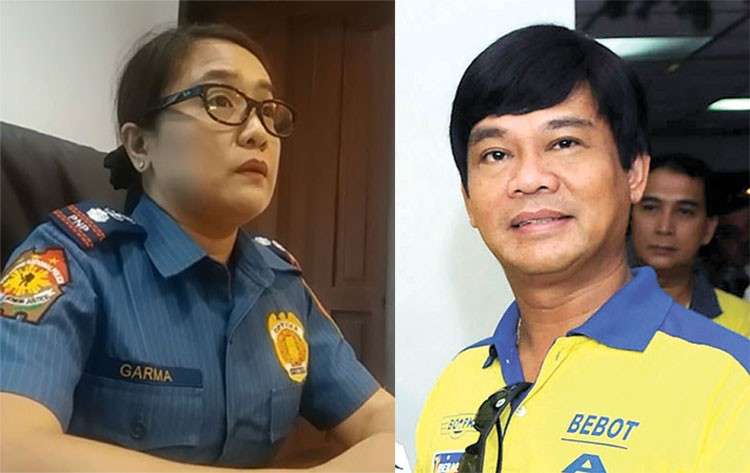 FIRST, what people are talking about...

* WHO CALLS THE SHOTS IN SINULOG? The usual officials at the Sinulog Foundation, notably the executive director, but the mayor would often "butt in" and be seen or heard, as the event provides a center stage that warms the heart of any politician seeking election or reelection. This year, however, the Cebu City police chief, Royina Garma, appears to be the "decider," especially on matters that involve participation of police troops. While before the police chief would bend to the mayor's wishes, not this time. "What Garma wants, Garma gets" is how a City Hall watcher puts it. They attribute the police chief's clout to her direct access to President Rodrigo Duterte.

The hope fueled by the appearance of Cebu City Mayor Tomas Osmeña last Monday (January 14) before a House committee that discussed the Angkas/habal-habal problem was for the Department of Transportation (DOTr) to order the temporary operation of motorcycles for hire.

It was not specified as to substance and basis of the authorization. Before the hearing was concluded, that was the understanding or consensus: DOTr will draft the order and present it at the next hearing before the end of January.

They're probably still studying the legality of the department move in deciding on an issue that is governed by the transportation law, which bans motorcycles for hire as means of public transport and whose enforcement rests mostly on Land Transportation Franchising and Regulatory Board (LTFRB) and Land Transportation Office (LTO).

The law cannot yet be amended. There is no more time for that because of the coming elections and Congress will soon be deserted by lawmakers out to win the election in their respective LGUs.

That was how Representative Bebot Abellanosa summed up the prospect of motorcycles for hire being on the road again without the threat of being arrested and their vehicles impounded. Bebot of Cebu City south, who was with the mayor at the committee hearing with Representative Raul del Mar of Cebu City north, told Jayson Monteclar of dyCM radio Wednesday (January 16) the lawmakers were impressed on the urgency of the problem. Not just in Cebu but in Metro Manila and other urban centers where motorcycles for hire are increasingly used as public transport despite the law's prohibition. The committee doing the hearing was in fact the committee on Metro Manila development, not the committee on laws.

If DOTr would issue an order allowing motorcycles for hire to go into business temporarily, that would score points for BOPK, which has adopted the Angkas/haba-habal cause as part of its platform.

There's a good chance the order or its equivalent would come out because of the widespread pressure from lawmakers and politicians from urban centers where the motorcycles for hire operate. It's election time and they would like to snag the votes from the sector. Political interest is likely to prevail, not the balancing of public safety and sectoral lobby.

Even if the order wouldn't be issued because of legal obstacles, Mayor Tomas has already portrayed himself as defender of the motorcycle drivers, their families and, lately, the riding public.

Partido Barug Councilor Pastor Alcover Jr. did file House Bill #6046 in 2012 when he was party-list congressman of Bayan Muna. His bill pushing for regulation of habal-habal was filed in 2012 yet, ahead of Raul del Mar's version, which was filed in 2017.

The problem was that Alcover's effort did not produce results. Work on the bill does not cease with its filing; the sponsor has to lobby for his would-be law, Abellanosa said. HB #6046 died with the closing of the Congress and the end of Jun Alcover's term. And few people knew about it and he had to remind the public about what he did for motorcycle-for-hire industry.

And as councilor, Alcover has been pushing for the separate treatment of habal-habal, the individual-initiative sector of motorcycle owner-drivers, from Angkas, the systematized and well-organized business group. That could alienate Angkas organizers and members and prod them not to support Alcover and his group Barug in the elections. Last January 8, Jun blasted Tomas for helping Angkas exploit the move to legalize motorcycles for hire.

Barug may have to redraw its strategy on the issue of motorcycles for hire for it to get some of the habal-habal/Angkas votes.