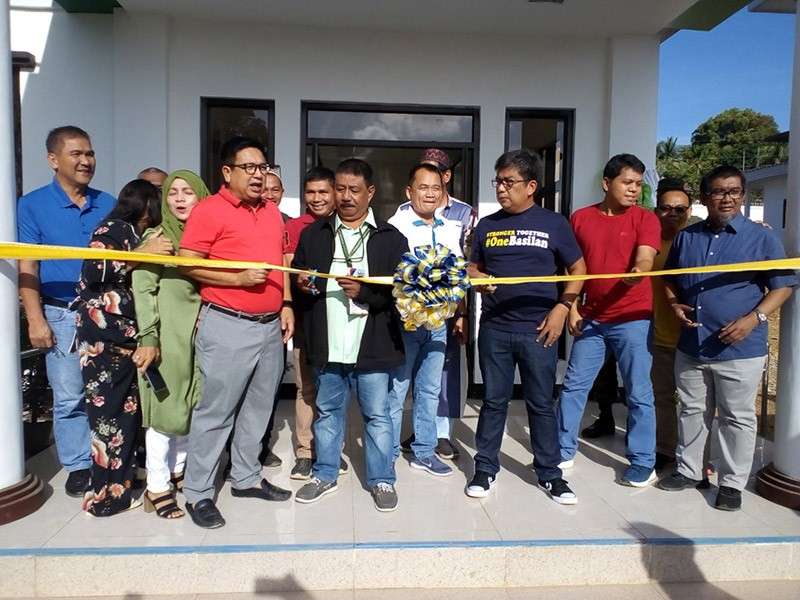 ZAMBOANGA. Governor Mujiv Hataman of the Autonomous Region in Muslim Mindanao (ARMM) (3rd from right with glasses) on Wednesday leads the inauguration of P20 million projects at the Basilan Government Center in Lamitan City. (Bong Garcia)

GOVERNOR Mujiv Hataman of the Autonomous Region in Muslim Mindanao (Armm) on Wednesday, January 16, led the inaugurated some P20 million projects at the in Lamitan City, Basilan.

The projects consisting of two buildings worth P10 million each were constructed at the 10-hectare Basilan Government Center in the village of Santa Clara, Lamitan City.

The two projects were constructed by the District Engineer’s Office of Department of Public Works and Highways (DPWH-Armm) headed by Engineer Soler Undug.

Hataman said the construction of the two buildings was made possible in support to the advocacy for good governance of President Rodrigo Duterte.

He said the completion of the two projects is aimed to improve the delivery of services of the two school divisions.

Norhaya Abdurahim, Basilan Schools Division superintendent, said they will transfer and occupy the two newly-constructed buildings before the end of January.

Abdurahim, on behalf of the two schools divisions, expressed gratitude to the regional government and all of the other concerned stakeholders for the efforts extended in the realization of the two projects. (Bong Garcia/SunStar Philippines)