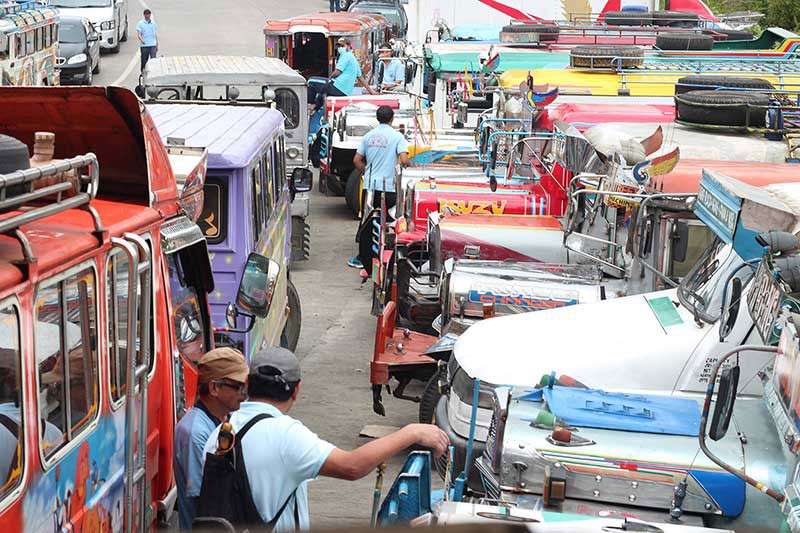 BAGUIO. Jeepney drivers wait for passengers in a staging area in Baguio City. The looming fare increase still hangs as the Land Transportation and Franchising Board has yet to approve a petition filed by the United Metro Baguio-Benguet Jeepney Federation. (Photo by Jean Nicole Cortes)

A FARE methodology system may hinder the possible increase of jeepney fare rates in Baguio City and Benguet.

Rey Bacoco, president of the United Metro Baguio-Benguet Jeepney Federation (UMBBJF), said the fare methodology system will instead be used by the Land Transportation Franchising and Regulatory Board (LTFRB) for public utility vehicles in determining the rate provisional increase.

Bacoco said this measure by the transport franchising board was introduced to the federation in exchange for the earlier proposed P1.00 provisional fare increase for the region which was submitted to the LTFRB as early as April last year.

“In our meeting with the LTFRB Central Office last Monday, January 14 which was personally headed by Chairman Martin Delgra and Board Member Ronaldo Corpuz, the issues discussed was not only for the fare rate increase for jeepneys but also with the request of the UV express which they also filed, the decision of the LTFRB was for them to make a one-time decision on all requests using the fare methodology which they may probably rush within this month,” Bacoco said.

The fare methodology is a general formula created by the LTFRB which includes guidelines to be used if there is a need for an increase in rates for jeepneys and public utility vehicles.

Bacoco pointed out that based on what LTFRB explained, their earlier request will have to wait if this would have to go through the process of fare methodology so LTFRB can study it better and possibly come up with a decision within one month.

“Based on how we understand it, it seems that our P1 request for fare rate increase would not push through because of the fare methodology, the LTFRB considered inflation, consumer price index, and the prices of oil which varies from region to region as the reason for creating a fare methodology,” Bacoco added.

In the May 15, 2018 at the LTFRB office in Pacdal, Baguio City, transport groups in their petition sought for a P4 increase, to bring the base jeepney fare to P12 from the current P8 for the first four kilometers.