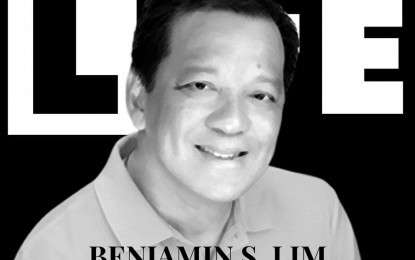 PANGASINAN. Supporters of ex-mayor Benjamin Lim and residents of Dagupan City mourn for the death of a beloved leader. (Photo courtesy of Glenn Lopez Munoz)

The vice mayor has yet to issue an official statement on the passing of his father and the immediate plans of the family.

Mayor Belen Fernandez, through Executive Order No. 02-19, has directed that the national flag be flown at half-mast on all buildings and places in Dagupan as a “sign of mourning for the demise” of Lim.

“With such demise of one of the recognized leaders of this City, it is just and proper to give him honor,” the EO said.

“May God give the family peace that they seek. Respect to the man who is a supporter of media in Pangasinan,” it said in a statement.

The elder Lim was called the “Father of Bangus Festival,” as he introduced the now second biggest annual summer festival in Pangasinan, next to Pista'y Dayat Festival (Sea Festival).