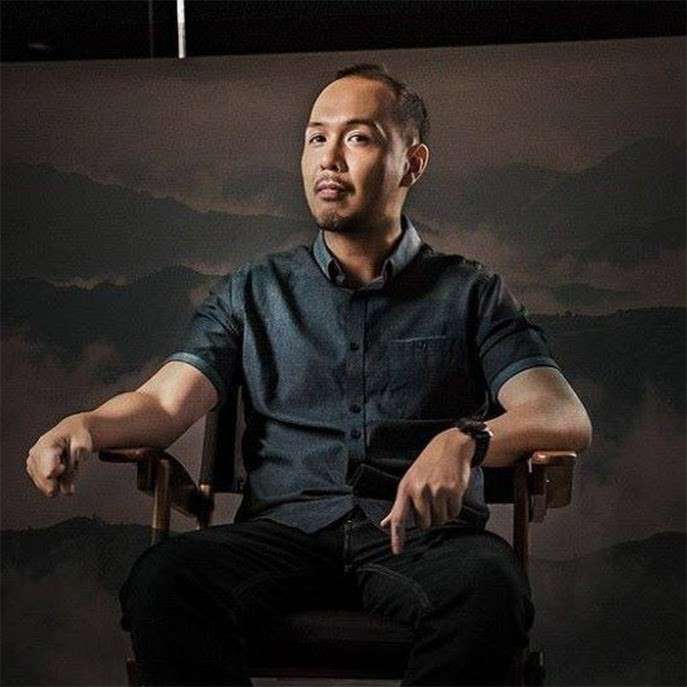 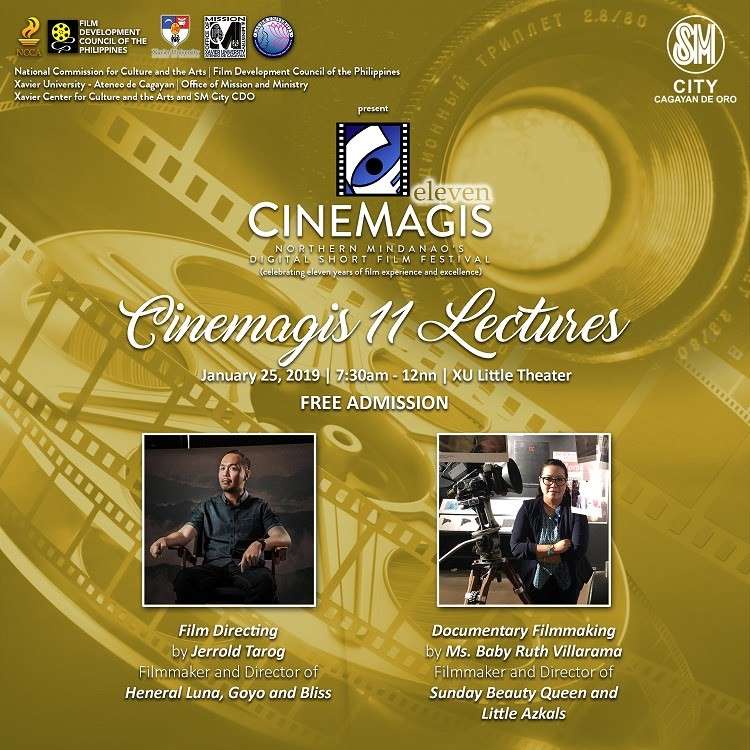 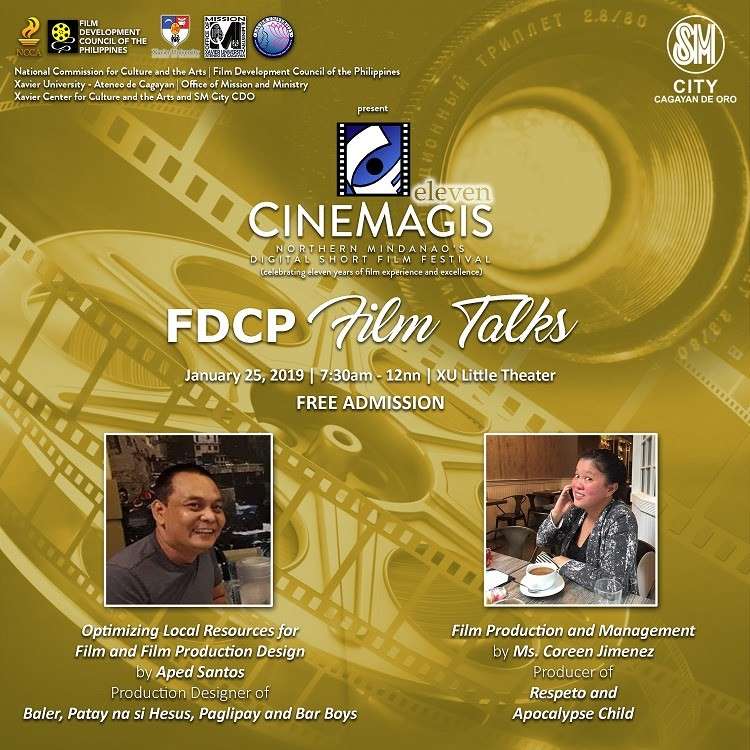 JERROLD Tarog has mastered the craft of heroic storytelling by directing phenomenal biopics such as Heneral Luna (2015) and its sequel Goyo: Ang Batang Heneral (2018) — both of which gained massive acclaim by the academe, students, filmmakers, and general audience upon their initial releases.

This year, he ventures into Northern Mindanao to witness local narratives portrayed in the official film entries of this year’s Cinemagis Digital Short Film Festival.

“The more you know about the [storytelling] process and the issues — some of the issues behind storytelling — the more you appreciate the tools in making movies,” Tarog said in his opening statement during his lecture “The Storyteller’s Responsibility” at a TEDx event at the Lyceum Philippines University last May 2018.

Tarog will explain another process which will help local filmmakers hone their craft and excel in their pursuits. This time, at the Xavier University Little Theater in the morning of January 25 where he will provide a lecture on “Film Directing.” This year’s Cinemagis is slated from January 23 to 26.

Since his first film, Confessional (2007) — the narrative of which had unveiled a filmmaker’s discovery about the lies kept secret by a local government official — Tarog has directed a total of 11 feature-length films and six short films. Some of these involved topics and genres ranging from political corruption, horror and gore, teenage angst, and psychological thriller; all of which have earned him various awards and recognition by national and international film festivals and institutions.

Confessional, for example, won both national and international awards, chosen as the Best Film during the Philippines’ Cinema One Originals Film Festival in the same year, and at the 10th Osian’s Cinefan in New Delhi, India.

Catapulting his career was his daring attempt to portray the ill-tempered but patriotic and passionate Filipino historical figure, General Antonio Luna. The film eventually becomes the first of a trilogy of biopics about individuals that defined the country’s history, concluding with Manuel Quezon’s story, which is yet to be released.

At present, Tarog is working with Star Cinema in directing the film adaptation of Mars Ravelo’s beloved superheroine and iconic character, “Darna.”

Tarog will join a roster of filmmakers in the film festival whose cinematic works have contributed to the flourishing independent and mainstream film industry in the Philippines.

The Xavier Center for Culture and the Arts (XCCA), Xavier University - Ateneo de Cagayan’s cultural and heritage organization and also the main organizer of the annual film festival, has invited Tarog to be one of this year’s judges in the 11th Cinemagis.

Funded and supported by the National Commission for Culture and the Arts (NCCA) and the Film Development Council of the Philippines (FDCP), the film festival continues to open opportunities for filmmakers and enthusiasts to learn from the experts and the experienced artists in the film of filmmaking.

This is why XCCA director and Cinemagis festival head Hobart Savior sought for the acquaintance with renowned names in the industry to be judges and speakers for the film festival along with Tarog.

While Tarog deals with fictional and historical heroes, Baby Ruth Villarama features the struggles, aspirations, and success stories of modern-day ones.

Villarama has won the hearts of critics and viewers succeeding the release of her documentary film Sunday Beauty Queen which marked history as Metro Manila Film Festival’s first documentary entry and first best picture in that genre. The film featured the workmanship of overseas Filipino workers in Hong Kong and how they spent their day-off by organizing pageants and parades, bringing the Filipino culture on foreign ground.

Slated on the next day, prolific production designer Aped Santos, whose career in designing film productions has spanned for more than 30 years and whose awards reached as countless as the films he has worked for (one of which was Ishmael Bernal’s Working Girls in 1984), will provide a lecture on “Optimizing Local Resources for Film and Film Production Design.”

Coreen “Monster” Jimenez, best known for producing critically and commercially successful films such as Respeto (2017) and for directing the award-winning documentary Kano: An American and His Harem (2005) will lead a lecture on film production and management following Santos on January 26.

As suited for the festival, filmmakers from different regions in Mindanao will also participate in the event.

Ilagan returns this year in the Cinemagis screen not as a contender but as a featured filmmaker. She is best known for her short film Balut. Penoy. Asin. which was Cinemagis 2017’s Best Picture. (Read: Cinemagis 2017 winning films)

Last year, she earned recognition for her first full-length feature and entry to the ToFarm Film Festival, Kauyagan which details the narrative about a presumptive datu’s struggles in an urban community. The film will premiere in Cagayan de Oro during the opening night of Cinemagis this year.

Fiola also comes back as one of the judges this year, along with Tarog. Fiola, whose feature-length film about an indigenous family in the woodlands of southern Mindanao, has earned its place under the Bright Future section in the International Film Festival Rotterdam 2017.

The awarding ceremony, to be held at the SM City CDO Event Center, will conclude the festival on the evening of January 26.

Underscoring the emergence of regional narratives and the participation of filmmakers who have made an impact in the national and international scene, Cinemagis provides an avenue where the art of filmmaking becomes as relevant as the legacy of historical, fictional and modern-day heroism.