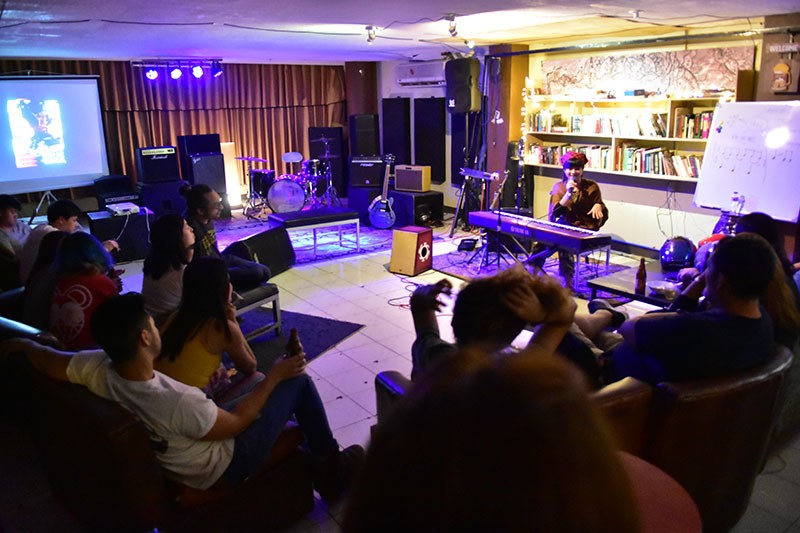 DAVAO. Local artists and music lovers dropped by at Suazo Bar last January 9, 2019 to learn from Jireh Calo and jam with her. 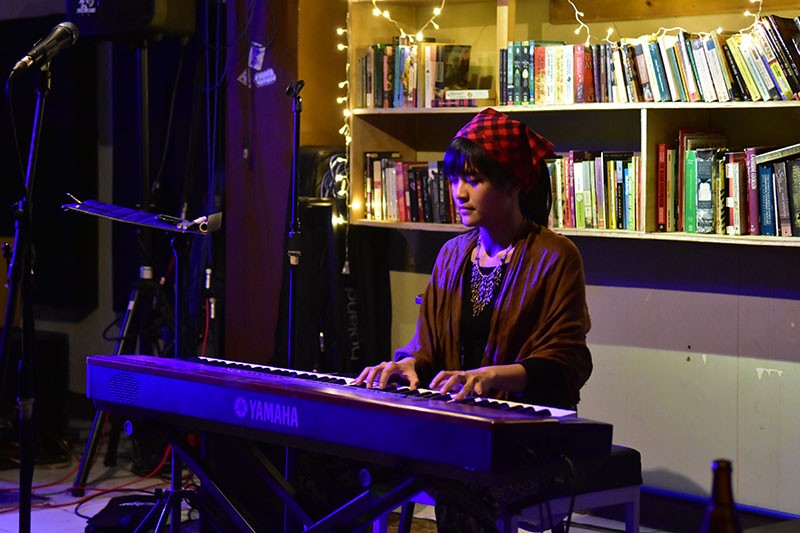 DAVAO. The young artist from Manila brings her love for music and inspires local artists during a visit in Davao City. 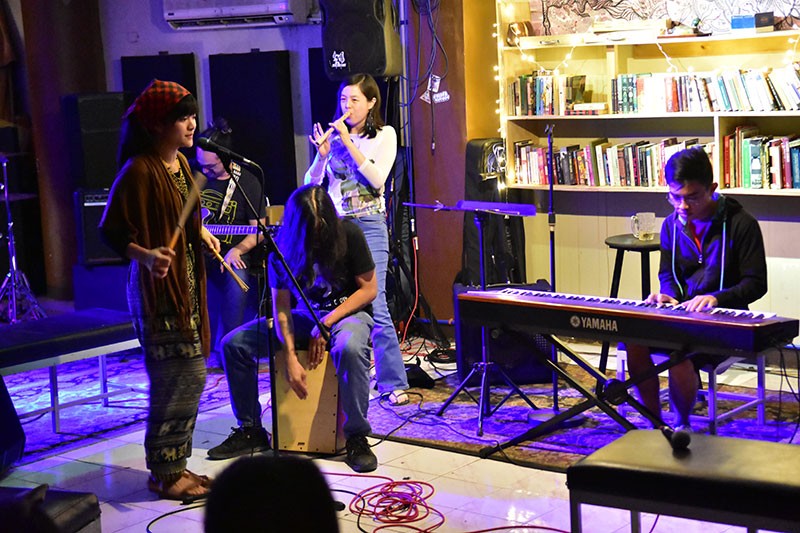 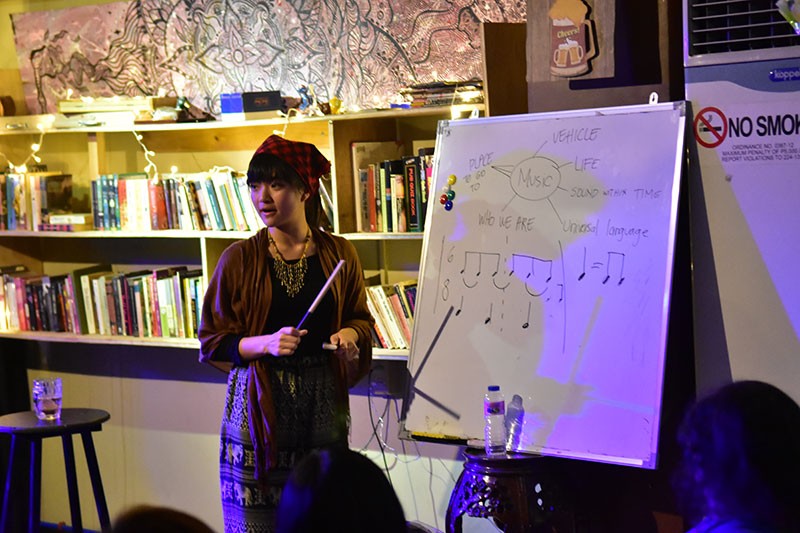 SHE asked the audience to get up from their seats to form a circle at the spot designated for her to perform.

Jazz-fushion singer, pianist, composer, and arranger Jireh Calo was teaching some members of the audience basics in music and how the simple actions at different speed were able to create a rhythm.

On January 9, 2019, Calo her first Spontaneous Session, a music workshop and open jam, at the Suazo Bar with the help of friends in Davao City.

Calo grew up in a home that is surrounded by music.

“We would listen to 98.7 DZFE, a classical Christian musical station; I'd listen to my mom play her songs; my sister would be singing opera in the bathroom. There was music happening,” she said.

The Metro Manila-based artist said her mother was also her earliest musical influence.

“She gave me the freedom to explore and exposed to me to her own music,” Calo said, adding that it was her mother who also pushed her to pursue music.

Calo said her earliest memory with music was when she was two-years old where she would sing the Lupang Hinirang.

Then at four years old, she started tinkering with the piano at their home.

“We just had it (piano) around the house but I had no music lessons. I was just tinkering with it. I would try to figure out songs by ear,” Calo said.

She began to be serious with music at 14 years old where she started playing with the worship team at their church.

It was also at the same age when she started to become interested in jazz.

“When I discovered jazz I found my musical language because I was able to see the improvisation and freedom of the musician to express but also the discipline,” Calo said.

She said to be able to play there should really be practice.

“I got fascinated with the balance of discipline and freedom. I found that is the kind of music I want to pursue,” Calo said.

At 17 years old, she debuted in the music scene after she joined the Boy Katindig Jazz Competition, where she won and was given the opportunity to perform at the 2014 World Youth Jazz Festival in Putrajaya, Malaysia.

Boy Katindig also influenced and mentored her together with other jazz musicians.

“I love jazz because it is very broad. For me jazz does not only refer to the traditional jazz. Jazz was born out improvisation, it was born out of tradition,” Calo said.

“In this age, jazz is global, jazz is fushion. If you are just playing the traditional jazz and say that is all jazz is, then you're missing out,” Calo said.

She said the whole point of jazz is breaking out of the norm.

“Global jazz is a new term... it acknowldges how jazz represents different cultures. The idea is we are living in an age of globalization where cultures mix and you come with your own story with your own culture and you are playing a universal language that people play,” Calo said.

As she continues to pursue her career in music, Calo wants to help her countrymen through her music.

“As a child I was convicted that whenever I grew up I would help my countrymen. I know I love music but how can I help people through music?” she said.

She said when she decided to study at Berklee, it was there when she realized how music can help others just like how it helped her.

“What music does for people is something materials things cannot do,” Calo said.

She said as an artist-educator, she is using her platform to educate and share the things she leared and the knowledge she gained.

This was truly evident during her session in Davao City where she explained to the members of the audience different characteristics of music. She allowed the audience to also reflect how music is to them.

She said a personal project of hers is coming up with a new model on teaching music by making it accessible to more people. In this model, it is the artists who will really teach the students.

“You can teach something as long as you have the experience and knowledge. Why would selfish about that?” Calo said.

The passion of Calo for music is contagious. You can see it in her eyes and how she talks about it. It is young musicians like her that continues to fuel the music scene in the Philippines.