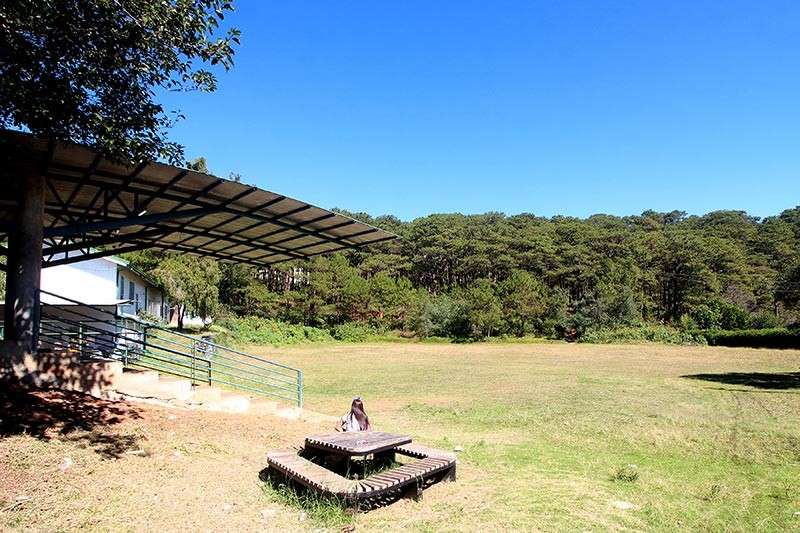 BAGUIO. A view of the Barangay Scout Barrio playground where a hospital is proposed to be built. (Jean Nicole Cortes)

ASSOCIATION of Barangay Councils and Baguio City Councilor Michael Lawana said opposition is ready if plans to set up a hospital at the Scout Barrio open field will push through.

Lawana in an interview said the location of the hospital at the open field of the village will hamper general use of the field which is utilized by schools and residents of the city.

The area is used as camping grounds, exhibition site for small gatherings and bazaars, sports for the youth and picnic grounds, and is likewise part of the remaining open spaces in the city.

Lawana added the construction of a hospital is a welcome development as health services will be open for all but its location will have to be studied so open spaces will not be affected.

Previously, Scout Barrio barangay Chief Manolo LLaneta said he is one with residents in opposing the possible hospital construction in their area. No new development has been relayed to Lawana or Llaneta as of Monday, January 21.

LLaneta said formal opposition has been made to City Hall as well as the John Hay Management Corporation and the state-owned Bases Conversion and Development Authority (BCDA) through letters when plans to construct a hospital at the open field were revealed.

Soil testing has been confirmed by the JHMC and a letter from Allan Garcia was sent to the barangay noting their opposition on the matter.

A petition from residents detail the area where the hospital is to be built is being used for events, campsite for children and schools, and an evacuation site in time of disasters. The area is also an income generating zone for the barangay. Ecological damage is also feared as well as the destruction of the historical significance of the area.