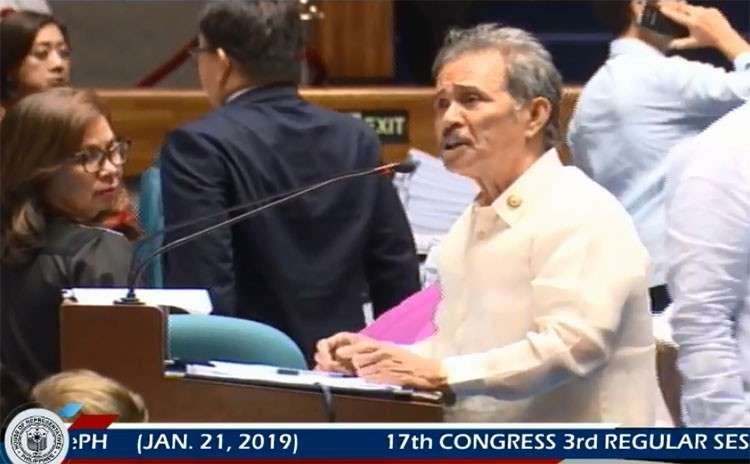 Castro has been the third majority leader of the House of Representatives since the beginning of the 17th Congress under the administration of President Rodrigo Duterte.

The majority leader prior to Andaya was Ilocos Norte Representative Rodolfo Fariñas.

“For the past six months, one of my housekeeping duties was to read out the names of chairmen of members of the committees. Today, I will nominate a colleague who will assume that task and the other responsibilities that go with that position but in a manner better than I have done it. In fact, he is not only my first choice but is our best choice for that job as well,” Andaya said.

“I would like to nominate my first original choice as majority leader, the great but gentle Fred Castro of Capiz as the new chairman of the committee on rules,” he said, adding that Castro is a “hard worker” who “fits the role.”

No one objected to Andaya's motion.

Castro said he will try his best to continue the works of Andaya.

“I will try my best on how to serve the House of Representatives within my humble capacity... I will start from where he (Andaya) left with the intention to accomplish what he could have accomplished had he continued to become the majority leader of this institution,” said Castro.

At present, he is a deputy speaker of the House of Representatives and president of the National Unity Party.

Castro is the author of House Bills 1 and 2 that seek to restore the death penalty and revert to the minimum age of nine the age of criminal responsibility. (SunStar Philippines)