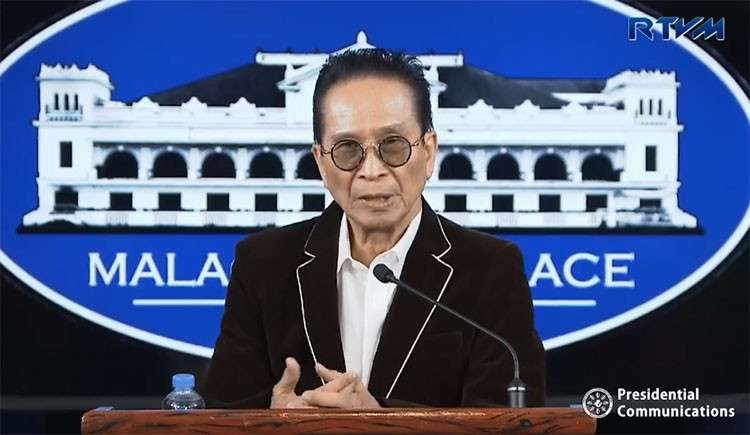 MALACAÑANG denied on Monday, January 21, any role in the change of leadership at the House of Representatives, saying it respects the lower chamber's "independence."

"We respect its independence, including its internal rules and affairs," he added.

During the House plenary session on Monday afternoon, Andaya formally yielded his majority leadership to Castro, whom he described as "best choice" for the position.

The change of leadership at the House of Representatives came amid Andaya's probe into supposed irregularities in the government's proposed 2019 budget and the alleged links of Budget Secretary Benjamin Diokno in bidding anomalies in multi-billion peso flood control projects in Sorsogon and Catanduanes.

With Andaya's relief, Panelo said the Palace was expecting that the Camarines Sur lawmaker would refrain from tainting the reputation of any Cabinet officials, including Diokno.

"We call on him (Andaya) to cease from waging a media propaganda war to besmirch the image and reputation of a member of the Cabinet before the court of public opinion," Panelo said.

"If he has problems with the current Budget secretary, we hope that he would look for an appropriate venue by just filing a case against him in the court of law," he added.

Panelo said the Palace wished Castro "all the best" in his new position as the leader of the House majority bloc.

"We express confidence in better Executive-Congress ties with him at the helm," he said. (SunStar Philippines)