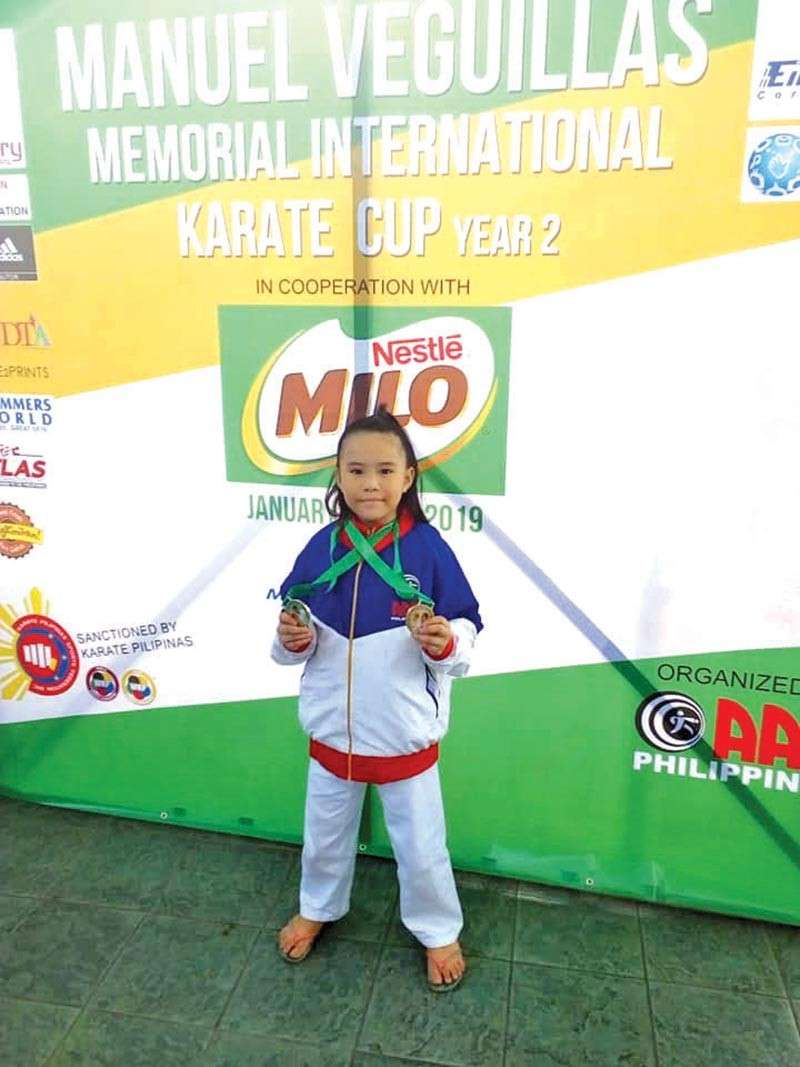 THE 10-member Association for the Advancement of Karatedo (AAK) Davao collected a total of four gold medals, one silver and 11 bronzes in the just-concluded second Manuel Veguillas Memorial Cup held at SM Mall of Asia Music Hall in Pasay City.

AAK Davao chief Rommel Tan, also regional director of Karate Pilipinas, said: "We fielded 10 karatekas in the two-day event and all of them won medals."

He said it was a high level competition since former members of the abolished Philippine Karatedo Federation (PKF) also joined the tournament.

Tan added the tournament was formerly known as the Adidas Cup and was changed to Manuel Veguillas Memorial Karate Cup last year in honor of AAK founder Manuel Veguillas who died last November 24, 2017.

AAK Davao has been competing in the annual karatefest since 2013.