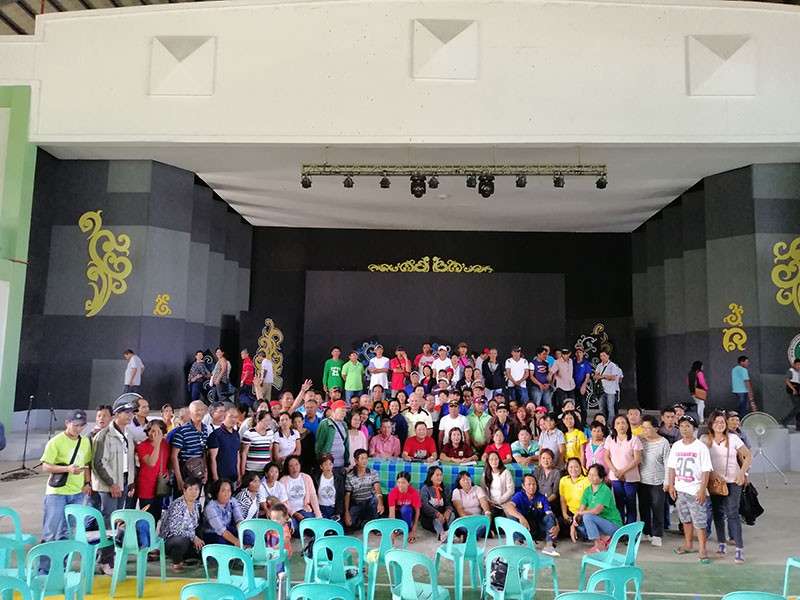 NEGROS. Some of the agrarian reform beneficiaries in Negros Occidental who sign the manifesto opposing the liberalization of sugar industry during a dialogue in Pontevedra town on Wednesday, January 23. (Contributed photo) 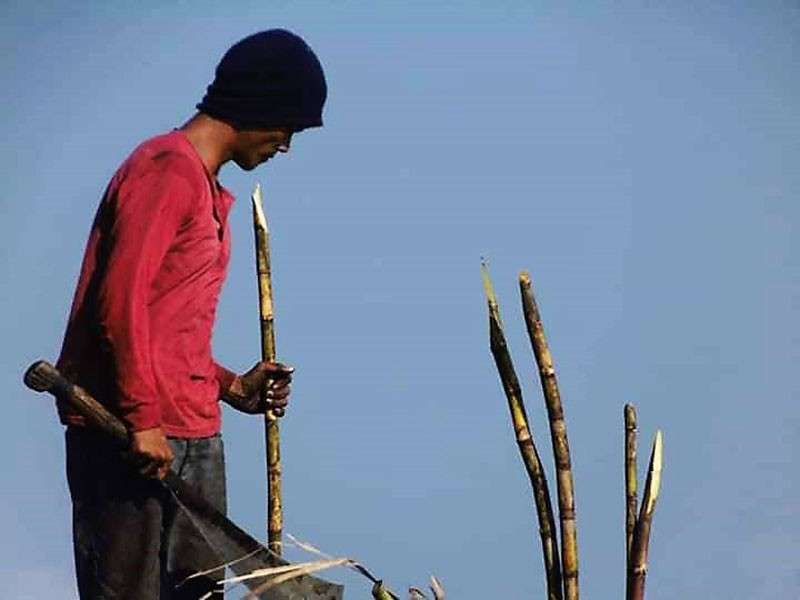 NEGROS. This sugar worker in Negros Occidental is among those seen to be greatly affected if liberalization of sugar importation pushes through. (Gerlie Carreon)

THE Provincial Board of Negros Occidental passed, in mass motion, a resolution opposing the plan of the government to “liberalize the sugar industry” as pronounced by Budget Secretary Benjamin Diokno.

Sponsored by Third District Board Member Manuel Frederick Ko, the resolution stated that the move would open the flood gate to the unabated massive unregulated entry of sugar being dumped by the Asean market with surplus production.

It said the proposal would spell the demise of the local sugar industry, which is the lifeblood of Negros Occidental.

Also, liberalizing the sugar industry is seen to lead to economic dislocation of hundreds of thousands of stakeholders particularly the agrarian reform beneficiaries (ARBs), small farmers, and sugar farmworkers.

Such economic dislocation would in time foment widespread social unrest and putting to naught all social economic initiatives of the province, it added.

Copies of the resolution will be submitted to the Sugar Regulatory Administration and Department of Budget and Management, among other concerned agencies.

Ko said though they do not yet know the exact gravity of effects once the liberalization of sugar importation pushes through, they are sure that it will have a bad impact to the industry and the people making a living on it.

“Liberalizing the importation scheme is the same as liberalizing the entire sugar industry,” he said, adding “so, we, Negrenses, should not allow this move.”

Diokno, in a report on January 16, said sugar in the Philippines is very expensive compared with global prices.

“We plan to deregulate or relax that industry,” the Budget chief said, adding that the administration’s target is within the year.

The deregulation of sugar importation is in line with the President’s Administrative Order No. 13 issued in September, when inflation was at a nine-year high of 6.7 percent.

“You have to relax the rules on importation—that puts pressure on the domestic economy to compete with the rest of the world,” Diokno added.

For Ko, however, unlike rice and fuel, sugar is not inflationary.

He said that when prices of sugar go up, it does not affect the entire lives of the people. Rice, however, is consumed by the consumers of all classes.

“So, no to liberalization of the sugar industry, not now,” Ko said, as he stressed that if big planters are “crying” to this proposal how much more the small farmers.

Some agrarian reform beneficiaries (ARBs) in Negros Occidental signed the manifesto opposing the liberalization of sugar industry during a dialogue in Pontevedra town on Wednesday, January 23.

At least 173 chairpersons of various agrarian reform cooperatives and ARB organizations covering the Fourth, Fifth, and Sixth Districts “stand and united in opposing the plans” of Diokno in allowing unrestricted sugar importation.

The manifesto, which was written in Hiligaynon, stated that importing sugar without measures in place to protect the local industry is a dangerous and wrong move of Diokno and a great disadvantage to the small farmers, sugar workers, and poor agrarian reform beneficiaries.

“Secretary Diokno’s plan to implement unrestricted sugar importation will result to lower mill gate prices while on the other hand, the price of fertilizers and farm inputs result to a higher cost of farm production. This is a result of a huge crisis and further push us, ordinary people, workers, and ARBs to poverty and indebtedness,” the manifesto said.

“We oppose and call for the scrapping of unrestricted sugar importation proposed by Secretary Diokno. This will lead to the detriment of the lives of sugar farmers. This importation will just become the center of corruption which will only benefit the greedy crocodiles like the traders and smugglers,” the manifesto said.

Moreover, the manifesto is calling the government to protect the industry by giving ample support through a technical and financial subsidy for the farmers.

It also suggested to launch and implement the agricultural modernization program starting from the farms to the sugar mills, as well as to remove the excise tax from sugar as implemented by the tax reform law.

It also called on the government to implement a real and meaningful land reform program.

“We hope that this appeal and the voices of the small farmers and agrarian reform beneficiaries will be heard and will be given enough importance by our government leaders,” the manifesto said, as it reiterated the call to protect the sugar industry.

On Tuesday, January 22, Governor Alfredo Marañon Jr. hit Diokno for the latter’s pronouncement which is a “very sad statement to the poorest of the poor.”

Marañon said the plan to deregulate government restrictions on imported sugar will be the death of the sugar industry.

As he urged Negrenses and those from other sugar producing provinces to lobby for the sugar industry, the governor said the industry players should also plan out their moves and coordinate their strategy on what to do.

“They should think of the survival of the agriculture sector,” he added.

The labor group in the province had also expressed alarm over the liberalization of the sugar importation scheme.

Wennie Sancho, convener of Save the Sugar Industry Movement, said the plan to deregulate the importation of sugar shall cause apprehension to the workers as it will have an adverse economic impact on their families and continued employment.

Sancho, also the secretary-general of General Alliance of Workers Associations, said flooding of imported sugar in the country would surely kill its sugar industry.

“We express our vehement opposition against the proposed deregulation of sugar imports because it will drastically reduce the millsite sugar prices resulting in an adverse economic effect on thousands of sugar workers and their families,” he added.

As they recalled that it had previously organized protest rallies to stop the importation of High Fructose Corn Syrup (HFCS), SSIM said there are more valid reasons now that they should oppose such import liberalization scheme of sugar.

To send a strong message to the government that this scheme will ruin the sugar industry, the group is calling for the solidarity of all stakeholders to unite and oppose the liberation plan.

Earlier, two officials of the SRA have allayed concerns of the industry stakeholders amid the liberalization plan because of high sugar prices and restrictive import policy of the agency.

In a statement on January 18, Board Members Roland Beltran, representing the millers, and Emilio Yulo III, representing the planters, said the immediate effect of the pronouncement was a further drop in millsite sugar prices.

This happened at the time “we are entering peak milling, heightened the restlessness of sugar producers over the future of their industry, livelihood for their families, and continued employment for sugar workers.”

Second, not all retail outlets are selling sugar at a high of P60 to P64 pesos per kilo.

“The prevailing price of refined sugar at the retail level is P50 per kilo. Focus and investigation should be on retail outlets that have kept their prices high when farmgate and prices in other retail stores have gone down already,” they added.

In a separate statement, Dino said there are two sectors being screwed by high sugar prices – the sugar farmers and the consumers. Open-direct Importation is not the answer.

“Time and again, we have called on the Department of Trade and Industry to help monitor and curb sugar prices in the market because of the great disparity between the retail price of sugar from millgate prices,” he said.

The SRA official further said “who is benefitting from this? Definitely, it’s not the sugar farmers that already went out of their way to do direct selling to consumers to show that sugar can still be bought at a reasonable price.”

“We are a much bigger industry that has more to lose if our country will open its doors to open and direct importation than those in the food processing business who have been clamoring for the entry of imported sugar,” he added.

Dino, who will hold a press conference at Ting-Tings Restaurant in Bacolod City on Thursday, January 24, is expected to the present their next moves amid the pressing woe hounding the industry.