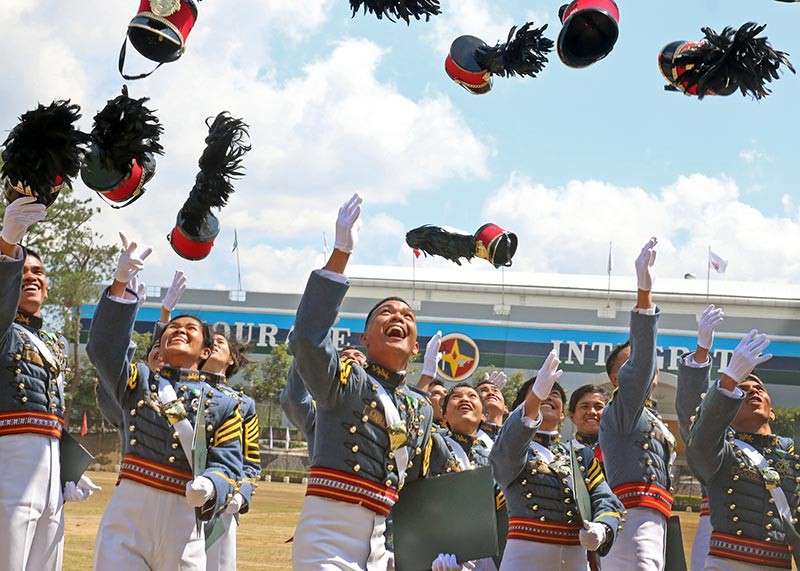 BAGUIO. Tourists visiting Baguio City during the weekdays may need to rethink their itinerary as Philippine Military Academy will be closed for the weekdays as part of a study being conducted by the academy to institute tourism related reforms. (SunStar photo)

THE Philippine Military Academy (PMA) have implemented the closure of the facility to tourists starting on Wednesday, January 23, but will be opened during the weekends.

Lieutenant Colonel Harry Ballaga, PMA Spokesperson, said the closure is part of a study being conducted by the academy to institute tourism-related reforms that would not obstruct the training of the cadets.

“We are presently studying the possibility of scheduled group tours during the weekends for our tourists since PMA is one of the major tourist destinations of the city. We would not want to compromise the ongoing trainings of the cadets particularly during the weekdays,” Ballaga said.

PMA, which is 30-minute ride from the city, is considered one of the best tourist spots in Baguio with the availability for picture-taking with cadets in different uniforms aside from different places within the campus that offer splendid views.

“Until we have finalized the details of the ongoing study, the closure will continue. During the alumni homecoming on February 16, however, the facility will be opened to tourists since this will fall on a Saturday but during the month long Panagbenga, tourists will still have to abide by the weekday closure and visit the academy during the weekends,” Ballaga added.

Aside from the schedule of parades of cadets on weekends and a silent drill exhibition on Sundays, an arranged visit at the private areas of the cadets may be done provided they are relatives of the cadets.

“We are asking for the kind understanding and patience of the public since the objective of this closure is to study possible options which may cater to the needs of our tourists and once we have finally developed the plans, then we will be informing the public,” Ballaga said.

Under the study, PMA is considering the possible application of guided group tours with the necessary tour guides during weekends within the military facility.