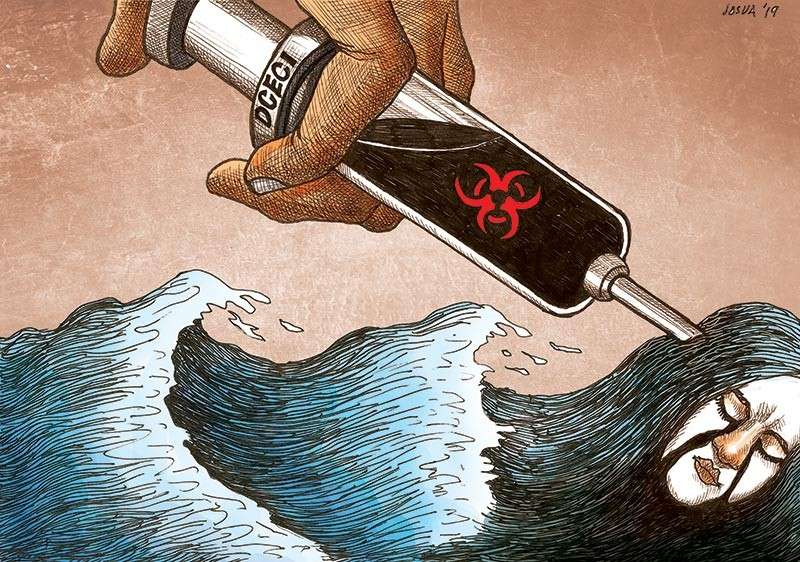 IS IT a little too late in the picture to spark rage against hospital wastes floating like dead zombies in the coastal barangays of Mandaue City and Lapu-Lapu City? The issue had come down to 200 tons of medical waste now languishing in hospital storage because the Environmental Management Bureau (EMB) 7 had delayed the permit of service provider Pollution Abatement System Specialist, Inc. (Passi). Jaz See, Passi general manager, said their application has been stuck since May yet and thus they had to stop operating in the last six months.

A long look at the state of hospital waste disposal in Cebu, however, will show you that around 2015, the Department of Environment and Natural Resource Office (DENR) 7 called for a dialogue among public and private hospitals after Passi was forced to stop its operation and thus leaving an accumulated heap of 30,000 tons of infectious waste piling up in the hospitals’ storage bins.

As early as 2015, the DENR 7 urged hospitals to build their own waste treatment facility and not rely on private garbage management firms.

The DOH set a standard for treating hospital waste on-site, the DENR 7 said.

And yet, time and again, the problem of medical waste disposal persists, and each time it surfaces, it feels like some festering corpses are climbing over the walls. It sends bad messages to Cebu tourism, to food business, among others, undeniably a very public and costly consequence of a sector’s negligence.

Running a private medical waste management firm could be very costly, and requires having to deal with the amount of requirement to operate and the bureaucracy itself. It may require an extra mile of government intervention.

If, knock on wood, the problem recurs and would cause a scenario of the cinematic kind, it would be panic and death in real time.