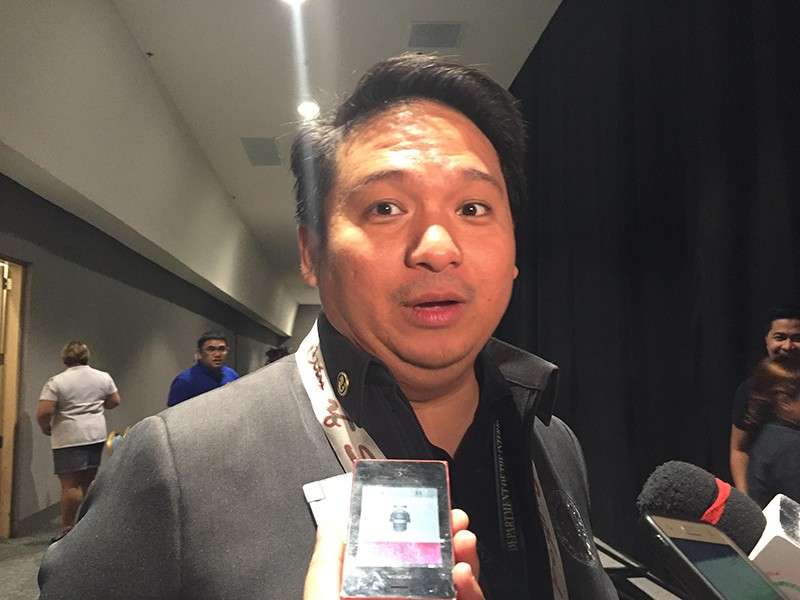 DEPARTMENT of the Interior and Local Government Assistant Secretary for external and legislative affairs Ricojudge Janvier Echiverri challenged Thursday, January 24, all barangay officials in Bacolod to undergo a random drug test to see they if they are free from illegal drugs.

Echiverri issued the challenge during the Barangay Summit on Good Governance at the SMX Convention Center in Bacolod City that was attended by all barangay officials in Negros Occidental, as well as local government officials.

“We have now a one-strike policy rule especially,” he said, adding the government officials who will be tested positive in drugs will be kicked out from public service.

He said it is the only way to determine if the barangay officials engage in illegal drugs because normally, the pushers are also a drug addict.

Echiverri noted that the Philippine Drug Enforcement Agency (PDEA) is validating the barangay officials who are involved in illegal drugs.

“The President (Rodrigo Duterte) himself was very clear on its policy with Negros where recently, the Bacolod City Police Office chief was relieved and at the same time, one of the local government [officials] is being investigated, only goes to show how serious the President is in Negros,” Echiverri said.

Echiverri pointed out that once the PDEA will release the names, they have no choice but to file cases against them.

“I hope with the event that the President mentioned about the transferring of the Bacolod police chief and at the same time, ang pagpuna sa isang (to comment on) local government official that goes to show how serious the President is in the welfare of Negrense especially on illegal drugs,” he said.

Echiverri noted that the Duterte administration has a good performance in the campaign against illegal drugs compared to the previous administrations and nobody can contest that.

“We have done better in the war against illegal drugs in terms of checking on the functionality of the anti-illegal drugs council, maintaining the drug clearing of barangays, and the creation of the community-based drug rehab to all barangays,” he said.

Also, during the summit, Assistant Secretary Roosque Calacat also tackled the issues against corruption where he claimed that today, one of the major directions being set by Duterte is the drive against corruption.

“We saw in the past, na kahit kaibigan, pag may bahid lang ng corruption, tanggal agad (even though we are friends, if one is involved in corruption, one will immediately be removed),” Calacat said.

He said they will go down in barangay level to inform the people and to help them to fight against corruption.

Meanwhile, Evelyn Bustamante, a former member of the Communist Party of the Philippines (CPP)-New People’s Army (NPA)-National Democratic Front (NDF) United Front Committee and overall National Party List coordinator from Luzon, shared her experience during the dialogue by exposing the direct connection of CPP-NDF as the source of manpower, financial, and logistics support of the NPA.

Colonel Benedict Arevalo, commander of the 303rd Infantry Brigade of the Philippine Army, reminded the local chief executives to never support left-wing rebel groups, as he cited the DILG Memorandum Circular 2018-211 which prohibits them from giving support to the leftists.

“Let us not believe in the lies and deception perpetrated by the CPP-NPA-NDF,” Arevalo said.

“They had been fooling us and causing misery to our country and people for the last 50 years,” he added. (With reports from Glazyl Y. Masculino)