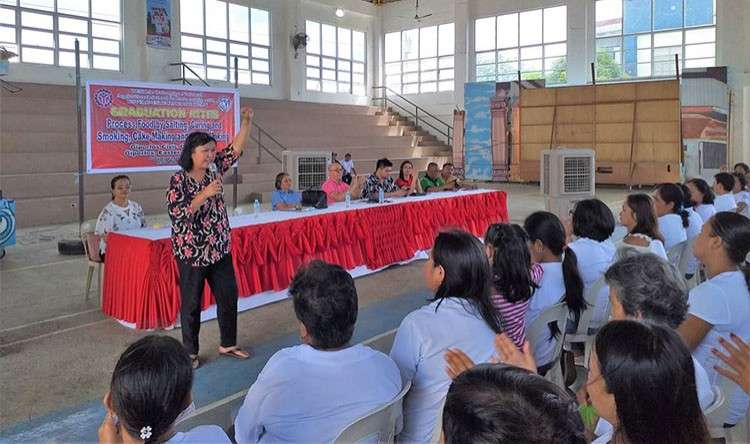 “This is an important occasion as the participants are the shelter rights claimants. Their campaign and advocacy for their shelter rights led them to this skills training,” said Rina Reyes, project coordinator of Rights Network in Eastern Visayas.

Reyes said many more skills training will be proposed to the typhoon survivors “because there is a need to guide them through their livelihood.”

The graduates from the coalition of farmers and fisherfolk in Giporlos, Lawaan, Balangiga, and General Mac Arthur in the province completed their skills training on process food by salting, curing and smoking, bread making and cake making.

In December 2018, there were 88 Yolanda survivors who also received the same skills training certificates.

According to Reyes, the initial target of training recipients is 25 persons in every barangay in the said towns.

“With 14 barangays in four towns, we peg it at 350. As long as there is funding, more people will be accommodated,” said Reyes.

She said the training fund is sourced out from the remaining savings in Yolanda Recovery and Rehabilitation Program (YRRP) fund.

Reyes added the series of training for Yolanda survivors was the result of the provincial grassroots consultations led by Avisado in 2018. (SunStar Philippines)