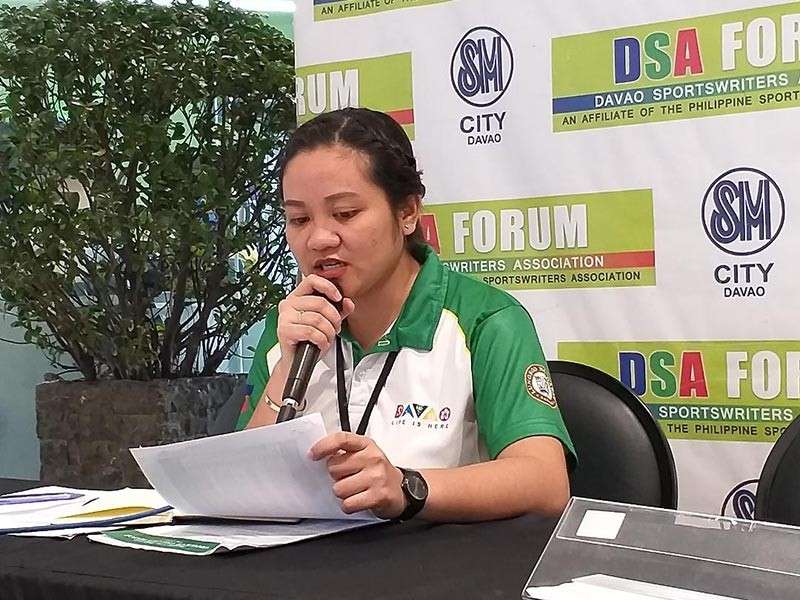 THE 383-member Davao City delegation is poised to defend the overall championship title of the Batang Pinoy 2019 Mindanao Leg slated February 3 to 9 in Tagum City.

She cited the swimming team, composed of 20 male and 18 female tankers, is a strong force to reckon with as most were also medalists in the 10th BIMPNT-Eaga Friendship Games in Brunei Darussalam last December.

The boys and girls basketball and girls futsal teams, according to her, are also gold medal contenders.

The city's delegation is composed of 310 athletes, 49 coaches, 21 officials, and three medical staff.

The defending champion delegation will also field entries in

The regional leg of the Batang Pinoy 2019, a program of the Philippine Sports Commission (PSC), will open in the afternoon of February 3.