58,461 bags of rice from Vietnam unloaded 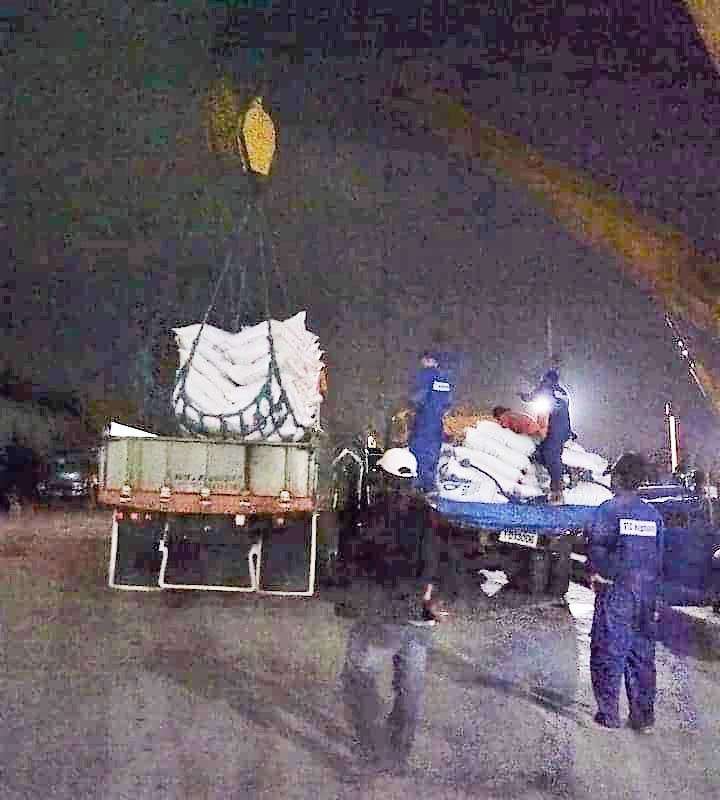 BACOLOD. The ongoing unloading of the 79,000 bags of imported rice from Vietnam at the Bredco Port in Bacolod City. (Photo from NFA- Negros Occidental)

THE National Food Authority (NFA) in Negros Occidental on Sunday, January 27, reported that 58,461 bags of imported rice from Vietnam were already unloaded and stored in its warehouses in the province.

The figure forms part of the 79,000 bags shipped via MV Han Binh 16 at the Bredco Port in Bacolod City.

Arrived on December 30, it was the third and last import allocation for Negros Occidental in 2018 following the recent 160,000 bags from Myanmar.

Frisco Canoy, provincial manager of NFA-Negros Occidental, recalled that the vessel started discharging the stocks on January 19 this year.

Just for Sunday, there were 14,321 stocks unloaded, Canoy said.

“If the good weather continues, the unloading of the remaining 20,539 bags will be completed in two days,” he added.

The agency earlier stressed that it is not accepting “bad order” stocks from the supplier, thus, unloading activity is suspended during rains as rice may be damaged if wet.

Of the 160,000 bags of imported rice from Myanmar shipped via MV Tan Binh 79, only 159,739 bags were considered good stocks and fully unloaded on January 19.

In terms of distribution, Canoy said NFA-Negros Occidental is implementing a first in, first out scheme.

This means it has yet to distribute all the imported stocks from Myanmar before those from Vietnam can reach the market, he added.

Given such volume of available government rice, the weekly allocation for retailers and is back to normal.

During the last two quarters of 2018 when the buffer was limited, the allocation was “controlled” depending on the availability of stocks and level of need of an area.

Those in markets outside Bacolod City are receiving a weekly allocation of 80 bags, while outside the markets like stores in the barangay level get 60 bags every week.

Some 113 ”tagpuan” centers in the province with a weekly allocation of 50 bags were also reactivated.

The existing buffer of the P27 per kilogram rice in the province is seen to last until the second quarter of the year given the NFA's 10 percent market participation.

Though there is no advice yet as to the province's import allocation for 2019, the inventory may still increase through incoming supply from other provinces and impending harvests this year.