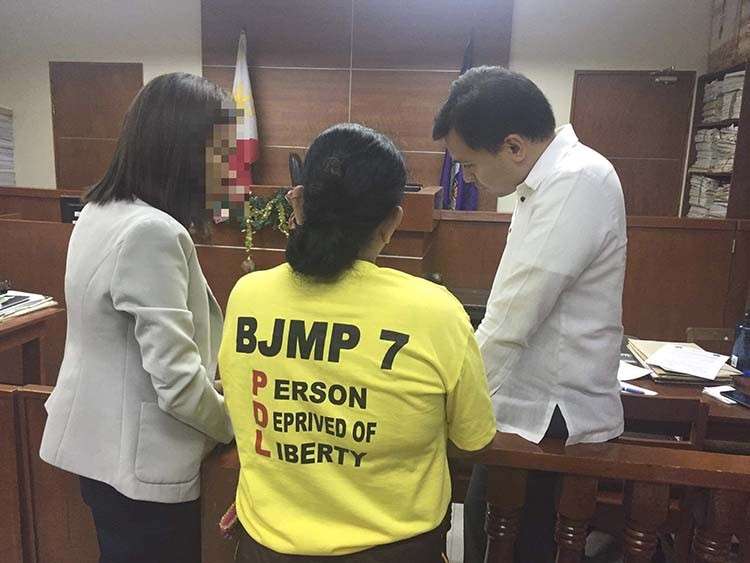 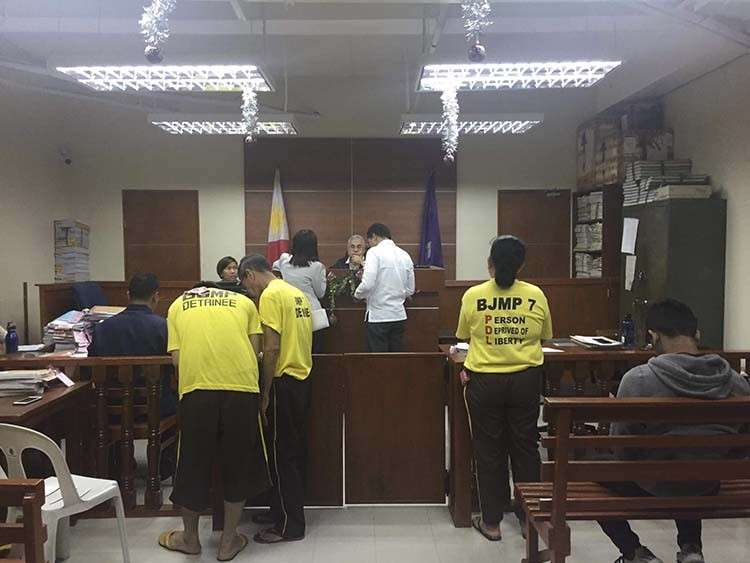 A 56-year-old woman pled guilty today to trafficking her own daughter into online sexual exploitation in 2017.

Around 4 p.m. today, Jan. 28, 2019, Judge Ramon Daomilas Jr. of the Cebu City Regional Trial Court Branch 11 sentenced the trafficker to 15 years imprisonment after she plead guilty to the lower offense of Attempted Trafficking in Persons.

He sentenced her to an additional year in prison after she owned up to the crime of Attempt to Commit Child Trafficking, and another two months for Possession of Child Pornography.

She was originally charged with Qualified Trafficking in Persons, which bears the penalty of life imprisonment and a fine of not less than P2 million and not more than P5 million.

Police arrested the trafficker during an operation in Barangay Opao, Mandaue City on May 27, 2017. She was caught in the act of offering to sexually exploit her 15-year-old daughter in exchange for money from a foreign online predator.

The teen victim was rescued and is now recovering at an aftercare shelter.

The operation, led by the Regional Anti-Cybercrime Office 7 of the Philippine National Police, was a result of a case referral from the Queensland Police Service, Australian Federal Police which earlier arrested a man for crimes related to online child exploitation, including possession of child sexual abuse materials.

Stephen James Sheriff, who was found to have solicited child exploitation material online, had been sending money through wire transfer services to the Filipina trafficker in exchange for sexually explicit materials showing her teenage daughter.

According to prosecution evidence, the trafficker had allegedly exploited her daughter online for several

“I commend the concerted efforts of our law enforcers, the prosecutors and the International Justice Mission in ensuring the conviction of the accused for child trafficking.

There can be no justice without a conviction. So, to all those who continue to exploit our children, be warned that your crime will never pay,” he said.

Atty. John Tanagho, Field Office Director of International Justice Mission – Cebu, noted the impact of this conviction on the survivor. He said: “Justice is served with today’s conviction through plea bargaining and 16-year prison sentence of the accused. And because of plea bargaining, the child victim no longer needs to testify against the accused trafficker.This result is possible because of close coordination between prosecutors, social workers supporting the survivor, and the other parties in the justice system.”

IJM supported the May 2017 operation, along with the Mandaue City Police Office, the Department of Social Welfare and Development 7, and the Inter-Agency Council Against Trafficking 7.

The survivor, now 17 years old, said her prayer was answered after her rescue. “I prayed that the abuse would stop. It started five years before I was rescued,” she said in Cebuano.

The trafficker has accepted her fate. Speaking in Cebuano, she said: “God has a plan. He told me [OSEC] is wrong. I learned a lot in jail. A lot in my life has changed.”

So far in IJM-supported cases, 52 persons have been convicted in the Philippines for perpetrating Online Sexual Exploitation of Children (OSEC).

IJM has supported Philippine law enforcement agencies in the arrest of 181 OSEC perpetrators and the rescue of 422 victims and children at-risk across the country. (PR)