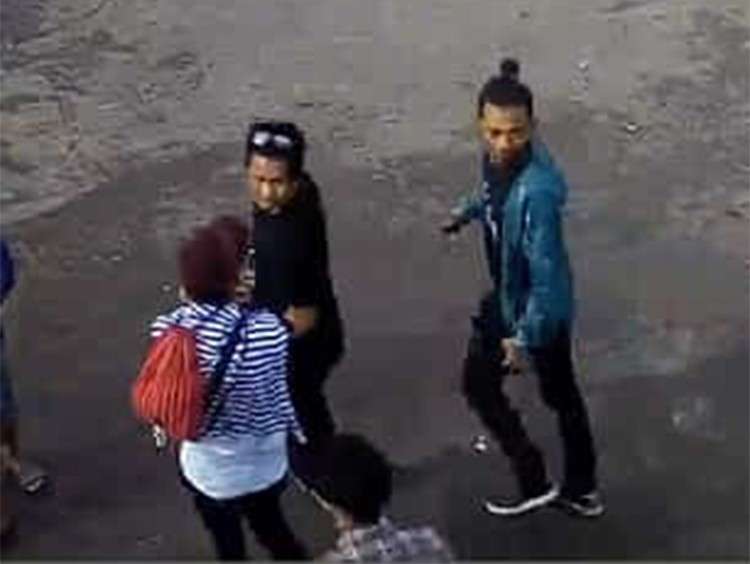 SULU. Three of the persons considered as suspects in the Jolo, Sulu bombing that killed at least 21 persons. (Courtesy of AFP Wesmincom)

AUTHORITIES are now considering as suspects in the church bombing in Jolo, Sulu the three alleged members of the Abu Sayyaf Group who were caught in a closed-circuit television camera in the area.

Besana said Kamah was seen in the video detonating the second bomb seconds after the first blast.

After the second blast, Kamah handed over "something," believed to be the detonating device, to one of his companions and the three ran in different directions.

Besana said they are certain that the three persons were the perpetrators of the blast.

Besana called on the residents in the area to help authorities determine the location of Kamah and the two others.

Meantime, another victim of the Jolo blast who was earlier reported to be wounded died Monday, bringing the number of fatalities to 21.

The latest fatality was a high school student and a youth leader who was among those brought to Zamboanga City for treatment.

Over a hundred people were also injured when two improvised explosive devices went off at the Our Lady of Mount Carmel cathedral in Jolo, Sulu Sunday morning, January 27, while a mass was ongoing.

Besana said the town is still in a lockdown.

PNP spokesperson Senior Superintendent Bernard Banac said, though, that the incident is “a simple act of terrorism” and there is no evidence yet to support the claim that it was connected to the BOL plebiscite.

“Based on our investigation, there is no connection between the two. This thing that happened, the bombing, is really just a clear and simple act of terrorism,” he said. (SunStar Philippines)