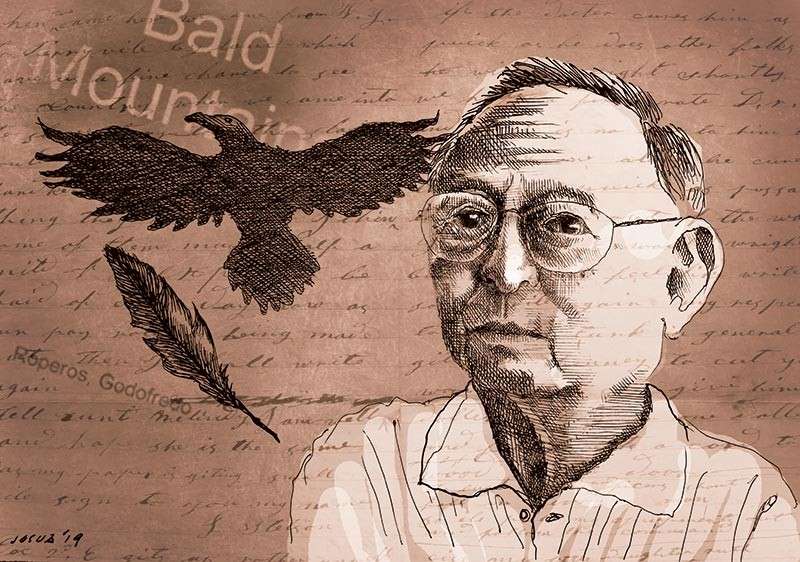 WHEN writers die, once wrote the Argentinian writer Jorge Luis Borges, they become books, which is, after all, not too bad an incarnation.

A net scan on former SunStar Cebu columnist “Godofredo Roperos” gives you 547 links, which is to say the writer had written about that number of opinion columns in the shared space where you’re reading this piece. A collection of short stories in English called The Bald Mountain also pops up. Scouring the archives of the Cebuano magazine “Bisaya” will give one an idea on the number of short fiction Roperos had written. “Hundreds of them,” Roperos once bragged to a bunch of young writers to inspire them to buckle down to the task. He wrote masterfully in both languages: English and Cebuano.

That volume and magnitude of writing and imagination contrast with the quiet flight of Roperos Monday, Jan. 28, who succumbed to tired lungs at 88.

A young writer in the University of the Philippines Diliman in the 1950s, Roperos belonged to that batch of emerging voices in English literary writing, along with names that would soon flicker in the country’s literary firmament: Andres Cristobal Cruz, Adrian Cristobal, Hilario Francia, Elmer Ordoñez, Bernardo de Leon Jr., Armando Bonifacio, to name a few. They called themselves The Ravens, and would soon publish three collections with the honorary member, the National Artist Nick Joaquin. Roperos was well in that league, and always in many conversations with young writers he reminisced those times with fondness.

But it was in the world of journalism that he etched his name rather notably. He was associate editor of the Sunday Times Magazine when he won twice the National Press Club-ESSO Silangan Journalism Contest.

His article “The Filipino Farmer and his Grain of Rice,” a long feature published in the Manila Times and a report on the Philippine Airlines plane crash in March 1963 in the same paper won him awards.

For the longest time, he wrote his column “Politics Also” in this paper, retreating into silence only when his health got the better of him in 2014. We can’t help but wonder what sort of insight the veteran journalist might have shared amid Cebu’s political shuffle today. But today we let him rest.

His passing finally catches the point of Poe’s raven, “Nevermore!” He may have parked his pen after his last piece, but he will be remembered and he will be read for generations to come.