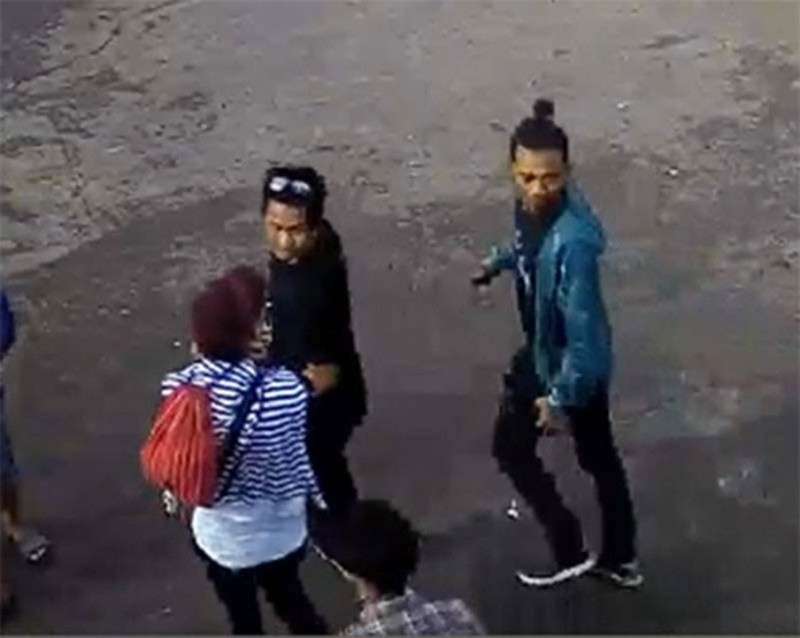 TWO of three men captured on surveillance camera and tagged as suspects in the Jolo church bombing have turned themselves in and claimed innocence.

The two men, including the one who was wearing a blue-green jacket as seen on the closed-circuit television (CCTV) camera footage, said they don't know Kamah, brother of slain Abu Sayyaf bomb expert Surakah Ingog who was allegedly involved in the bombing.

Brigadier General Rey Divino Pabayo, commander of the 11th Infantry Division of the Joint Task Force Sulu, said the two men were being interviewed by the joint inter agency task force led by the Armed Forces of the Philippines (AFP), Philippine National Police (PNP) and National Bureau of Investigation (NBI).

They will not be released until they are cleared of involvement in the twin explosions that killed 21 individuals, including uniformed men, and wounded about 100 others.

Authorities earlier said they have identified three suspects based on the CCTV footage that showed the men allegedly acting suspiciously. Military officials said the men were in the act of detonating an improvised explosive device (IED) when they were captured on camera.

Pabaya clarified that the military never said that Kamah was among those captured on camera, contradicting the previous statement of other police and military officials.

Government forces raided the residence of Kamah, a member of the Ajang-Ajang group, in Barangay Latih at 5:40 p.m. Tuesday, January 29.

Ommal Usop, a member of the group, allegedly resisted arrest and was killed during the operation. Kamah eluded arrest.

Meanwhile, in another news conference in Camp Aguinaldo, Defense Secretary Delfin Lorenzana said investigators were looking into the claim of President Rodrigo Duterte that the Jolo blast was a suicide bombing mission.

Lorenzana said they were certain that the first explosion was not a case of suicide bombing while they were investigating the second blast.

He said investigators are still puzzled over how the IED thay caused the second explosion was placed.

Lorenzana said investigators obtained a body part at the explosion site, half a face in particular, that the residents could not identify.

Authorities are conducting a DNA test on the body part. (SunStar Philippines)