Online trafficker from Lapu-Lapu sentenced to 15 years in prison 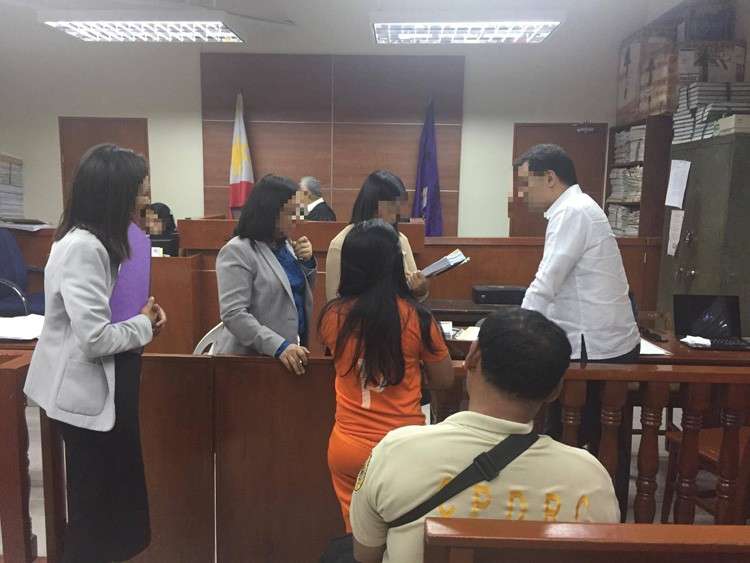 CEBU. A 21-year-old online trafficker was sentenced to spend the next 15 years in prison after pleading guilty Wednesday, January 30. (IJM)

CEBU CITY – A 21-year-old online trafficker was sentenced to spend the next 15 years in prison after pleading guilty Wednesday, January 30.

Around 3 p.m., Judge Ramon Daomilas Jr. of the Cebu City Regional Trial Court Branch 11 sentenced her to 15 years imprisonment after she pleaded guilty to Attempted Trafficking in Persons.

Branch 11 is the designated Cybercrime Court for Region 7.

The trafficker was ordered to pay a fine of P500,000 as well as moral and exemplary damages amounting to P500,000.

She will serve an additional two months in prison after confessing to the crime of Possession of Child Pornography, for which she was also ordered to pay a fine of P50,000.

The trafficker, who hails from Lapu-Lapu City, was originally charged with Qualified Trafficking in Persons, which bears the penalty of life imprisonment and a fine of not less than P2 million but not more than P5 million.

Operatives of the Women and Children Protection Center – Visayas Field Unit (WCPC-VFU) arrested her in Barangay Ibabao, Cordova on June 9, 2018.

She was caught in the act of offering to sexually abuse two girls, ages 3 and 12, and to live-stream those acts for a foreigner in exchange for money.

Previously, she had transmitted online sexually explicit materials of one of the rescued minors.

The operation led to the rescue of eight minors, one of whom is her younger sister, while the rest are her nieces and nephew.

(The trafficker’s name is being withheld to keep the victims’ identity confidential) Because the accused pleaded guilty as part of a plea bargain, none of the child victims will need to testify in court.

“Thorough investigations by the police, effective DOJ prosecutions using plea bargaining and close collaboration with social workers is helping the justice system provide real and timely justice to survivors of this form of human trafficking.”

So far in IJM-supported cases, 54 persons have been convicted in the Philippines for perpetrating Online Sexual Exploitation of Children (OSEC). IJM has supported Philippine law enforcement agencies in the arrest of 181 OSEC perpetrators and the rescue of 422 victims and children at-risk across the country. (PR)