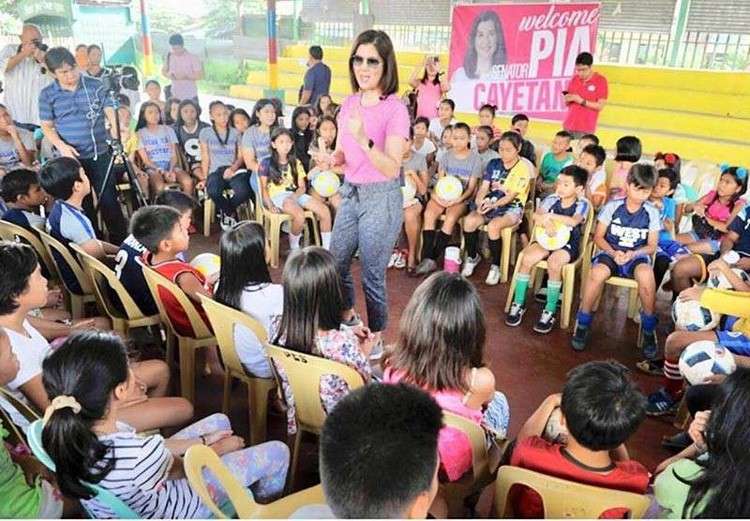 While she agreed that there are children who commit acts that are defined as crimes, “it is too early to give up on them and treat them as criminals.”

“And this is where my crusade begins,” Cayetano, a former two-term senator, told the Cebu media during a press conference.

Despite her no-vote when the proposed bill was passed by the Lower House, Cayetano remains supportive of calls to amend Republic Act 9344 or the Juvenile Justice and Welfare Act, lamenting that the gaps in the law strip child offenders of accountability, when they are simply released to homes that do not give them proper guidance.

“Many minors have been preyed upon and dragged into a life of criminality by syndicates, who take advantage of their vurnerability, lack of proper guidance, supervision, and support from the families and communities,” Cayetano said.

She said the intermediary measures needed such as community- or center-based interventions that are envisioned by the law do not exist in many communities, citing the lack of proper funding.

On the other hand, the newly-proposed House bill also failed to consider a more holistic intervention in dealing with child offenders.

“Nether the law (RA 9344) and the proposed bill recognized the alternative of foster care. Pursuant to RA 10165 of the Foster Care Act, which I sponsored in 2012, the State recognizes that a child will benefit more from foster care than institutional care,” Cayetano said.

Cayetano hence submitted her own proposed amendments, which she hopes would be included in the bicameral version of the bill.

She said accountability should be present among children in conflict with the law regardless of age, and with each case based on the circumstances of the child.

She also wants more sufficient budget for support programs for parents and families, as well as for social workers, child development experts, and personnel who will process cases of children in need of intervention.

“I am hopeful that my concern can be addressed during the bicam. Should my amendments be carried, I will be able to support the bill,” Cayetano said.

On the other hand, lawyer Joan Dymphna Saniel, executive director of the Children's Legal Bureau Inc. (CLBI) said her group is against lowering MACR because based on studies, they are not mature enough. Their brains are not yet fully- developed.