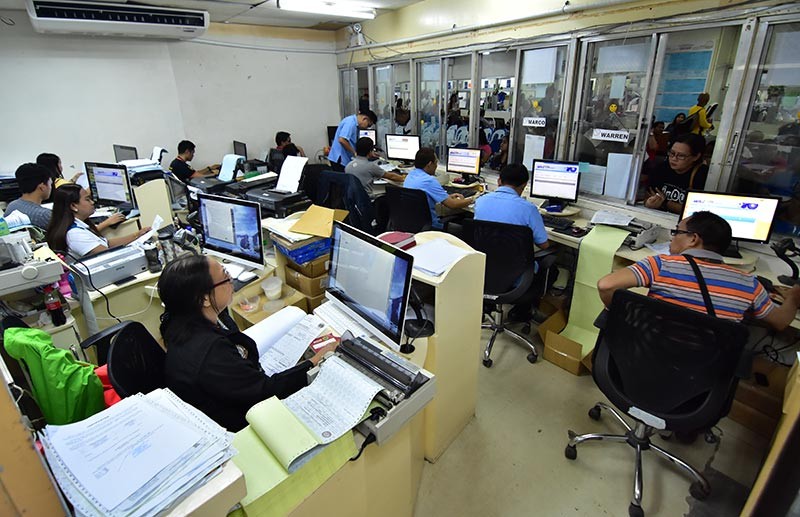 The Business Permits and Licensing Division at the Sangguniang Panlungsod will be accepting clients for the business permit renewals until midnight Thursday, January 31. (Macky Lim)

OVER 36,000 businesses in Davao City have already renewed their business permits with the City.

“In terms of registered business establishments, according to our Business Permits and Licensure Division, as of last night January 28, we have received 36,778 business renewal applications which is already an increase of the 35,746 applications on January from last year,” Davao City Mayor Sara Duterte-Carpio said on Tuesday, January 29 during the 51st Annual Installation of Officers and Board of Trustees of the Davao City Chamber of Commerce and Industry Inc. (DCCCII) at the Marco Polo Hotel Davao.

Duterte-Carpio added the business renewals this year have generated P1, 178,810,757 in revenues for the city.

“With these increased revenues, the City Government can come up with more programs and projects that will support not only the business community but all sectors of society,” Duterte-Carpio said.

Meanwhile, the city mayor reminded all business establishments and business members of DCCCII to secure their permits in order to continue operating their businesses in the city this year.

“With this, we would like to ask to remind your members to renew their businesses with our Business Permits and Licensing Division until January 31, 2018 midnight at Sangguniang Panlungsod,” Duterte-Carpio said, adding that no business operators are allowed to shortcut business licensing procedures both in local and national agencies.

Businesses who fail to renew permits on time will pay a fine of 25 percent of the business tax due plus two percent interest rate per month.

“And with the business increase reflective of the positive business investment climate in Davao City, I am optimistic we can surpassed gains we have attained in 2018 and achieved all our plans for 2019,” the city mayor said.