Starting small and making it big 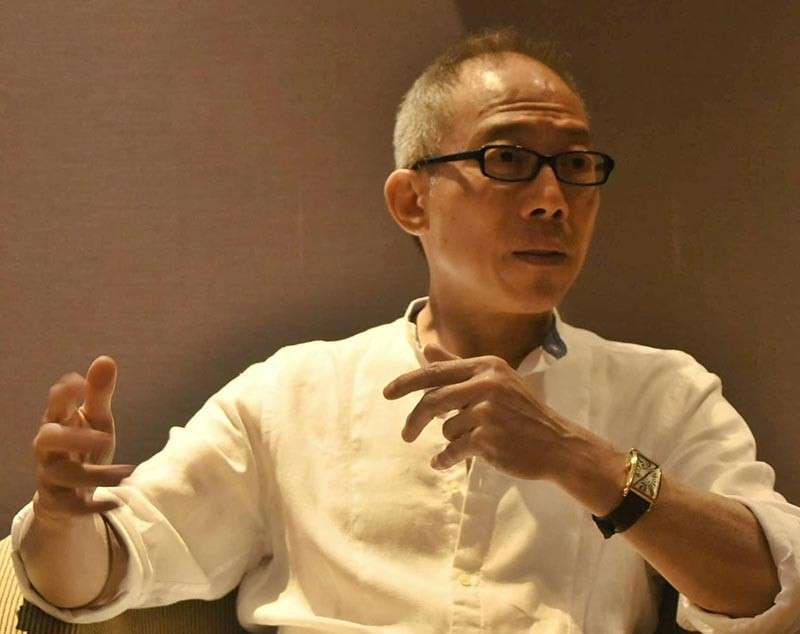 GETTING UP AFTER A FEW SETBACKS. It’s been a long journey for Manny Osmeña, who, at 65, is preparing for another journey in life—retirement. (SunStar photo / Allan Cuizon)

FOLLOWING a 12-day vacation in Canada with his three adult grandchildren last year, entrepreneur Manuel “Manny” Osmeña came back with a realization.

He said now that he’s 65 years old, he plans to spend 50 percent of the time he usually puts on his daily work into spending more time with his grandchildren, philanthropic works and with the church.

“I want to semi-retire,” said Osmeña, who confessed to spending 14 to 15 hours of his day looking after his businesses.

“Five to six months before my birthday on September last year, I started thinking: Do I really want to continue to work like a horse after I turned 65 years old? I am a workaholic. It started with that thing during my childhood days,” he said.

Osmeña is the president and chief executive officer of The Manny O. Group, which focuses on tourism, such as hotels, restaurants and airline support services. Among these are in-flight catering services via SkyKitchen Philippines Inc. and SkyLogistics Philippines Inc., an airport services/ground handling company.

“It was the first time I traveled with my grandchildren, and I can say that was the best travel of my life,” he said.

Osmeña said he could not stop sharing his life and business experiences to his grandkids, who have shown interest in how he was able to build a business from the ground up.

Osmeña said his character as a person and as business owner was strengthened through time, particularly during the rough times.

Born to a family of traders, Osmeña ventured into various businesses after finishing a business administration course in the University of San Carlos. His last venture was in furniture export before he left the country during Martial Law.

Osmeña’s family stayed in Canada for six years, but he said “he lost money like crazy in the foreign land.” Although he was building strip malls and running a furniture firm, these businesses didn’t flourish.

After Martial Law was lifted, Osmeña returned to the Philippines with little money. Fortunately, he met a Malaysian investor at a party who later became a business partner. Osmeña said he was part of the team that formed Waterfront Hotels.

With a minority share in the company, Osmeña said he worked harder to grow it, which eventually led to its listing in the Philippine Stock Exchange.

“I was running the whole show up to its listing. We were the first to list in the second board. After the initial public offering, the stock price shot up to P7 after six months. Even if I was only a minority shareholder, I was making plenty of money,” he said.

Just when he was enjoying the material blessings, another setback came. Osmeña’s wife got diagnosed with cancer.

This changed his all-about-me perspective.

“It was basically what happened to my wife that made me surrender myself to the Lord. I had nowhere to go. My advise is: Don’t wait for a disaster to happen to turn to God,” said Osmeña.

He admitted that in the past, he made himself successful.

“After we were told that day of the health condition of my wife, I was in the balcony of our hotel in Singapore, I made a deal with the Lord. I said, ‘Lord, I give you everything. Even my clothes now I will take everything off, just (let me) keep my wife’,” he recalled.

When they flew back, Osmeña immediately told his business partners that he was leaving the business.

“They said, I am crazy because Cebu (Waterfront Cebu City Hotel and Casino) is not yet open. But I said no, because no amount of money can buy what I need. I’m willing to give up everything,” he said.

Osmeña sold his shares to the public at an average of P5 per stock. After two years, the market went down.

“My wife was dying, but I had cash. Would you believe after I sold, the Asian crisis happened? Did I call that timing? No. It was the sovereign God,” he said.

The money he saved eventually became Osmeña’s capital to pursue other businesses. His wife died, though, at 41.

“After seeing my wife die at 41 years old, and me almost going bankrupt, I realized I don’t own anything. I am just a manager,” he said.

Today, Osmeña is no longer interested in accumulating more wealth. He said he is contented looking after his business while at the same time dedicating more time to helping communities thrive.

Osmeña created HopeNow Foundation, an organization that addresses the lack of immediate medical facilities in the wake of natural disasters. It aims to give equitable access to affordable and quality healthcare for every Filipino.

I was already working part-time since high school. I was keeping accounts receivable of my father’s business, who was into trading, selling to customers in neighboring provinces with all kinds of merchandise.

I’d be putting a few hours for work when I came back from school and on weekends. When there was a lot of work, I’d be required to work on a Sunday.

One of the stories I remember clearly was that I had friends who used to invite me to go out on Saturday afternoon. They’d set an appointment, say at 2 p.m., and my friends would pass by the office of father, and many times they would end up waiting until 4 p.m. to 5 p.m. or sometimes, they would all just go home.

This is the kind of work ethic I grew up on: Job first, before having fun. That’s what the Bible says, enjoy the fruits of your labor. But does it come first? No, later. You have to work on the tree first before you can enjoy the fruit. So my enjoyment came later.

I grew up with an entrepreneurial mindset, already having been born to a family that is into business. I think it’s already a given that you follow in their footsteps because you saw how this path has given them both time and money.

I was taught the philosophy of starting small and making things big. I was also trained to be prudent, which helped me get into various businesses. It should be less cost with high returns. That’s why trading was really a big business.You don’t need a lot of capital.

I started business even before I graduated in college. I got involved in so many things. My grandfather saw that I was already doing trading and selling them locally, literally knocking at houses. He was proud of what I have done at such a young age.

But he challenged me. He said the only way for me to prove to myself that I could excel in this field was by selling to strangers.

So during the summer holiday, I traveled abroad and sold beach slippers to specific markets like Guam, Hawaii, Florida and South California.

I also wanted to sell garments but I could not because I didn’t have the cotton quota. So I sold nylon lingerie and panties in different countries. Where did I find these markets? I introduced myself to trade officers and asked them to introduce me to the trade attaches of other countries.

Aside from beach slippers, I was able to sell abroad locally-made juices and other food products.

It’s in the blood. I grew up watching everybody doing business. School was just part of the routine in life.

In trading, you will learn to negotiate with a supplier for you to get a good term. Then you sell and what you collect, you pay and you keep your profit. The important thing here, which was what my grandfather taught me, is your credibility.

If you have a good credit record, you can get longer terms. Trust is the most important thing. It is not your building, not your bank account; it is your credibility.

During Martial Law, I was concerned about safety of the family, so we moved to Canada. I realized that was a mistake but God wouldn’t have it any other way. God has a reason why he made me move to Canada and suffer big losses.

When we came back to the Philippines, I was willing to grab whatever opportunity there was. Then I met this Malaysian guy who became a business partner. Again, it was credibility that sealed the partnership.

The experiences I went through were the best teachers. The struggles and victories were the best stories I could share to my staff, and even to my grandchildren, and I will never get tired of sharing these to them.

I have defeats, not all are success stories. That’s why I am keeping the communication lines open with my children, especially with my grandchildren. I came to realize that this was one of the most important things in life which I fell short of in the past. I realized that the reason my children were afraid to tell me things was because I was too controlling.

During our Canada trip with my grandchildren, I also taught them what to do when they got into a fight, whether it was a fist fight or a business fight.