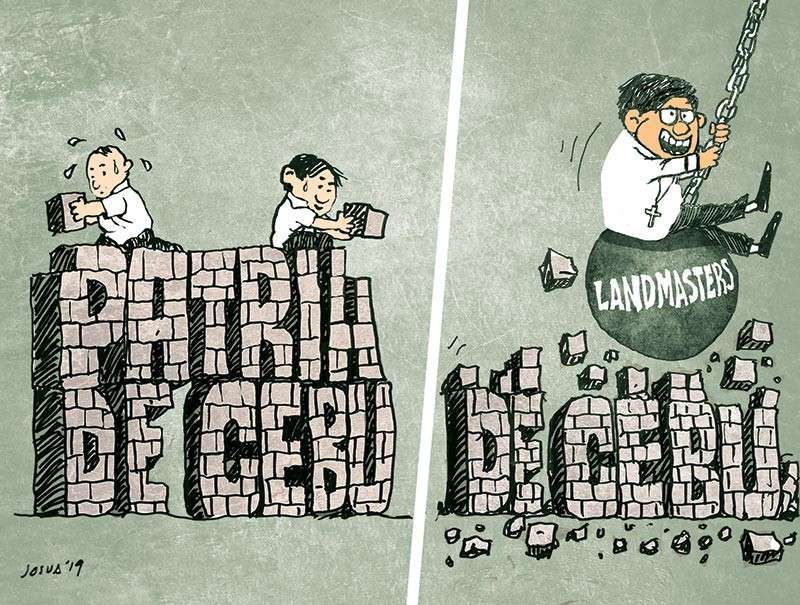 “But this is a bookstore and it’s a Friday.”

“Yes, but you might also choose to see it as a cathedral of the human spirit-a storehouse consecrated to the full spectrum of human experience. Just about every idea we’ve ever had is in here somewhere. A place containing great thinking is a sacred space.”

–From Forrest Church’s “A Chosen Faith”

IT’S people who decide what’s sacred, the quoted exchange wants to say. It’s not so much about the tangible concrete, but the collective rites and experiences that ascribe structures to levels of sacredness.

The church should be the first to understand that not only because its inherent task calls her to be prime keeper of doctrines, but also as stewards of emblems and super-structures. Faith thrives along persistent symbolism and rites.

In the late 1950’s a bunch of students got their act together through the egging of a priest to build a recreation center. While the whole arduous struggle of seeing that dream through was epic in itself, what stood out in the narrative was that they themselves literally built the structure and piled each hollow block with an accompanying “Hail Mary...” They called the blocks the “Ave Maria Hollow Blocks.” The youngsters sent letters to bishops all over the world asking for funds, literally breathing prayers into every missive before dropping them into the mail box. The building, the late Cebu Archbishop Julio Rosales said in 1964, is a symbol of the Cebuano’s unity in the task of preparing our youth for tomorrow. During the structure’s eighth anniversary, Rosales said the building was “a reminder that the people of Cebu are not remiss in their duties as responsible citizens.”

The bunch of youngsters would soon be accomplished citizens in Cebu, or better yet community pillars if you go over their names today.

To cut the story short, the project was the historic Patria de Cebu, the building which the Cebu Archdiocese wants to banish from the face of the earth in the name of economic enterprise.

We do not know the nature of exchange in the board rooms where the fate of the Patria is being decided on, but Jose Soberano III, president Cebu Landmasters Inc., the firm tasked to build the commercial complex, said the fate of the existing structure is in the hands of the Archdiocese. He was non-committal to the idea of an alternative design to the proposed complex. As though to appease naysayers, he said there will be a marker to commemorate the history of the Patria.

What do all these broad strokes tell you about the mindset of these people? One, disrespect. And by that, we mean not so much on the Patria building itself, but to the memory and identity of people who built it and have shared experiences with it. Two, the myopia of old-school design concepts that think like wrecking balls.

A village built the Patria, let the whole village decide the fate of the Patria. The church alone does not have the monopoly of imagination as far as the building’s fate is concerned. Heritage advocate Arch. Melva Java has pretty much pushed a sound alternative, a design that will keep the old structure while allowing commerce to move about in integrated edifices.

It’s a blessing that a squabble over the Patria’s fate has surfaced because it incidentally highlighted the historical and cultural value of the building. For years, its faint presence in the community had almost eroded the pride and story that it once stood for.