Kong: If you don’t use technology, you’re dead 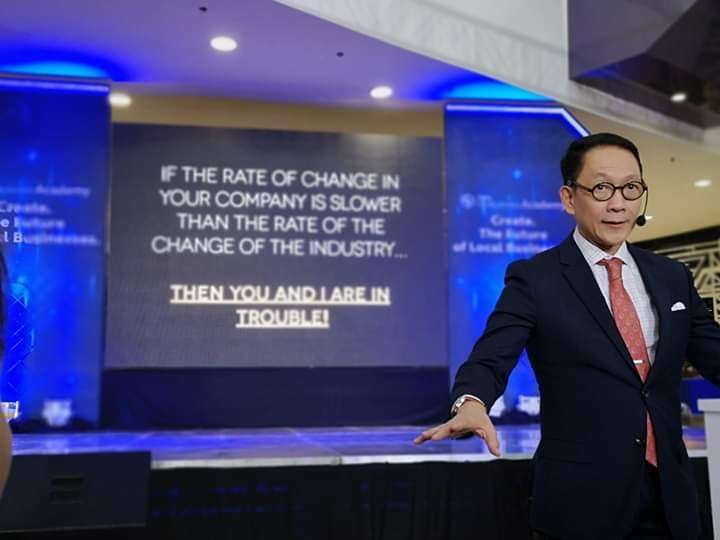 ONE of the country’s most prominent and sought-after inspirational speakers and business consultants Francis Kong urged micro, small and medium enterprises (MSMEs) in Negros Occidental to embrace technology in order to ultimately survive in the industry.

Speaking at the Globe myBusiness Academy at SM City Bacolod on Wednesday, January 30, Kong stressed among the participating entrepreneurs the importance of adapting the digital platform.

Kong, who has been giving talks in Bacolod City, said the people here are creative. They have the ability, skills, creativity, and understanding of the basics of enterprising but technology challenges the whole thing.

“So why not make use of solutions that can help enhance our business and reach out to a wider range of perspective,” he asked, stressing that “if you don’t use technology, you’re dead.

The inspirational speaker, also a journalist, shared that the reason why there is still a lot of businesses that are not embracing the digital technology is because of fear.

Many Negrenses are still in the “traditional” way of doing business. For Kong, maybe they are so afraid that it’s going to cost them a lot of money.

He said if enterprises like to stay in the shallow end of the pool, they never learn how to swim. But if they jump into the deep end, they’re a force to swim then get the skills.

The digital platform is exactly the same. “You just have to jump into it and then you deal with it,” he said. So essentially, MSMEs have to embrace the fact that they can’t get away from digital technology anymore.

In business competition, if one has a technology, the other without is lost by default, he also said.

As a business person, Kong has realized that he cannot depend on the institution or other people to institute change.

Kong said he has to initiate it himself. “I will fail, I make mistakes but at least I learned the valuable lessons that can make me wiser and better.”

Recognizing the need for more entrepreneurs to embrace the solutions, the inspirational speaker lauded the business academy initiative of Globe as it provides venues for people to ask questions.

“Filipinos MSMEs still need a lot of awakening, consciousness, education, and information,” Kong said, adding that in terms of content including online designs, entrepreneurs may start having somebody like freelancers.

But they have to learn as they cannot entirely depend on other people to do it, he noted. (EPN)