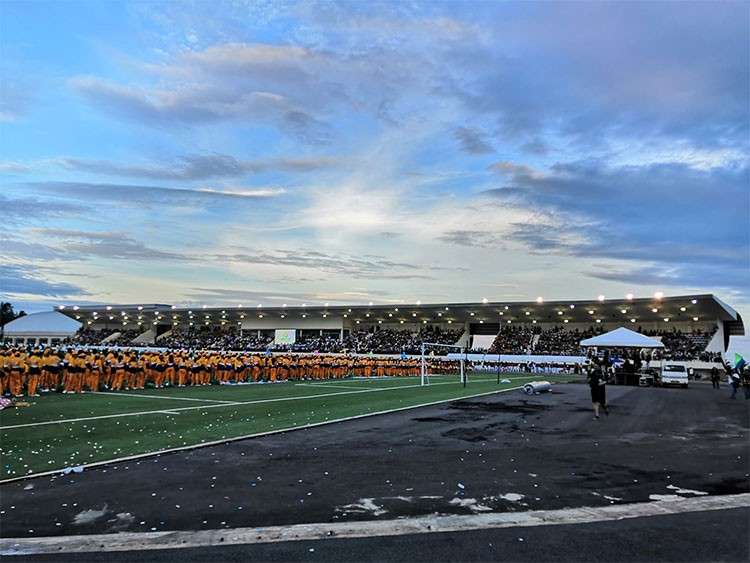 Hadia Eronico, 12, died on January 30 due to dengue fever, contrary to reports saying that she died of pneumonia.

An incident report by the Davao City Police Office showed Eronico had severe cough with blood. Reports said she died at 7:30 p.m. of January 30, hours after she was rushed to SPMC.

Davao Oriental discipline in-charge William Jova said they did not lack in monitoring the condition of their athletes.

“Katung pagkabalo namo na gihilantan siya, wala na pud namo siya gipadula (When we learned she was sick, we did not allow her to play),” Jova said.

She added they were even surprised that the child's condition was already serious when she was rushed to the hospital.

She said before student-athletes could play, a medical certificate must be issued certifying their good physical condition.

Villafuerte inspected the Imelda Elementary School in Tugbok District, Davao City, which is the billeting center of the Davao Oriental delegation.

She said cases of fever that are now recorded at the school are due to the cold weather being felt in the city in the past few days.

She said constant rain and strenuous physical activities may have affected the athletes' health conditions.

She said, however, that there is no cause for panic since there are no recorded cases on sudden increase of dengue-related incidents.

The health official added Hadia already had dengue before coming to Davao City.

Meanwhile, Jova admitted this was the first time they lost a student athlete during a Davraa Meet. He said the unfortunate incident would be a learning lesson for a more intensive health security monitoring for all student athletes.