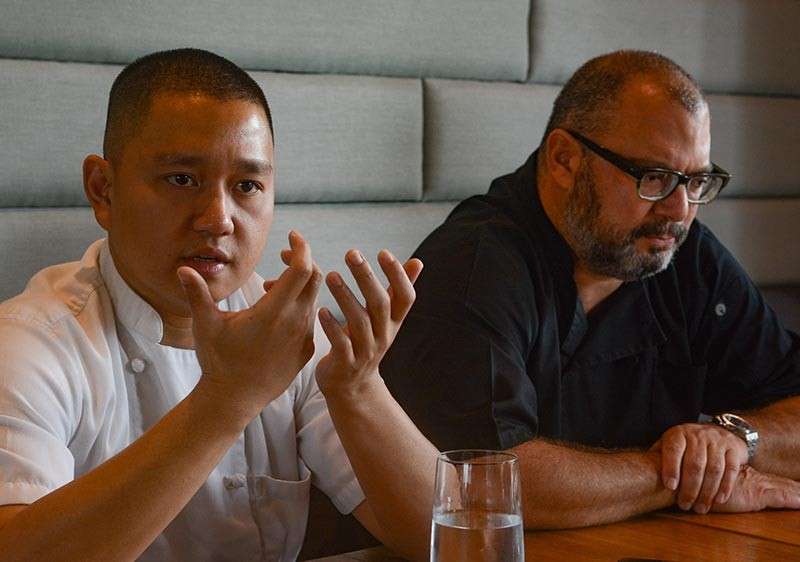 ‘HEALTHY GROWTH.’ While he doesn’t consider their expansion aggressive, Abaca Group director for business Patrick Corpuz (left) says they are comfortable with this level of growth. With him is Abaca Group founder Jason Hyatt. (SunStar photo / Arni Aclao)

By the end of 2019, the group will have a total of 29 restaurants located in the cities of Cebu, Mandaue and Lapu-Lapu.

Of the eight new branches opening this year, two will be located in Ayala Center Cebu, three will be in The Reef (Mactan Island), one in SM City Cebu Northwing, and two in Parkmall.

Chef Patrick Corpuz, the group’s director for business, attributes the company’s fast expansion to the vibrant food and beverage (F&B) market of Cebu, saying they are now willing to pay a premium when they dine out.

“We don’t really think this is an aggressive expansion... but this is a healthy growth for us. We can say we are going aggressive if we go outside Cebu. But we are still in our comfort level. We don’t dive into projects we are not ready for,” said Corpuz, adding that in the past years, the company has dedicated time and effort to develop its brands and products.

By the end of 2019, the Abaca Baking Company will have 13 branches. The group also sees Red Lizard catching up, as they promote the brand and open branches.

“For us, we had a stigma that we are expensive. I don’t know if we have changed that, but it is working to our advantage now. We broke that (price) ceiling... and our competitors can now price accordingly,” said Hyatt.

“We believe that the market is ready for what we do,” he added.

Hyatt cited the rapid expansion of the Abaca Baking Company, the branches of which are located in in high foot traffic areas like Cebu IT Park. He said the brand is positioned to attract Cebu’s workforce, which has unlimited income.

The group also announced its expansion to Manila through a master franchise scheme.

Corpuz said their partners are setting up Red Lizard in BF Homes, Alabang, which is slated to open in April this year.

Hyatt said they have forged partnerships with developers to manage the F&B of Citadines and The Reef.