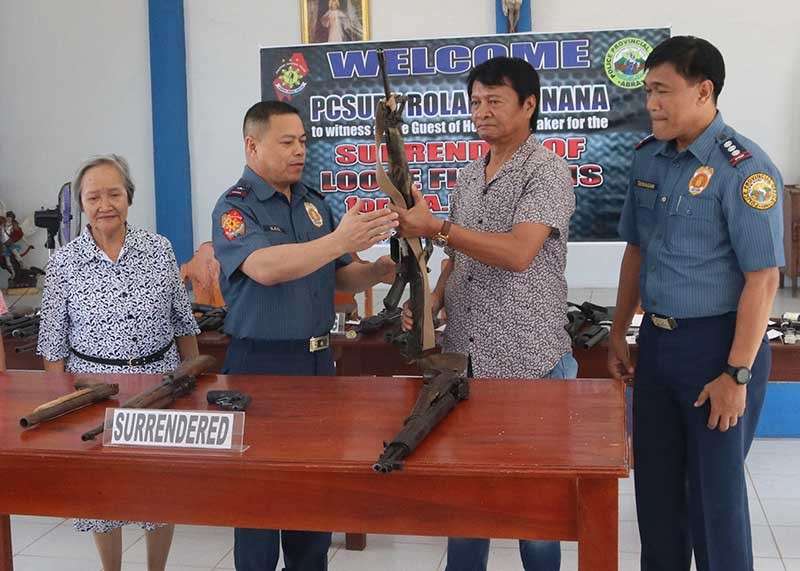 Nana pointed out it is the result of PRO-COR’s intensified campaign against loose firearms and peacekeeping programs especially that the election period is current.

“This is a manifestation that the people here in Abra wants a change on how other people perceive about this province especially during elections,” Nana said.

Crisologo encouraged all political personalities, not only in Abra but in all other provinces, who have firearms in their possession to do the same as this is for the good of everyone.

At least 68 firearms, including the ones surrendered by Crisologo, were exhibited and witnessed by representatives from the Commission on Elections (Comelec) Abra, Parish Pastoral Council for Responsible Voting (PPCRV) and the media.

Among the 68 assorted low and high-powered firearms, 42 were submitted for safekeeping purposes only, while 26 were surrendered loose firearms. All the guns presented only covers the month of January 2019 for Abra PPO.

“In order to avoid election-related violence in the province, the PNP is again considering the concept of the Conflict Mediation Diffusion strategy wherein political candidates or contending parties are allowed to ventilate their emotions, sentiments and impressions by openly bringing out personal as well as political issues against their opponents in a meeting. This strategy has been proven successful in the past elections so we are looking on launching this again,” Nana added.