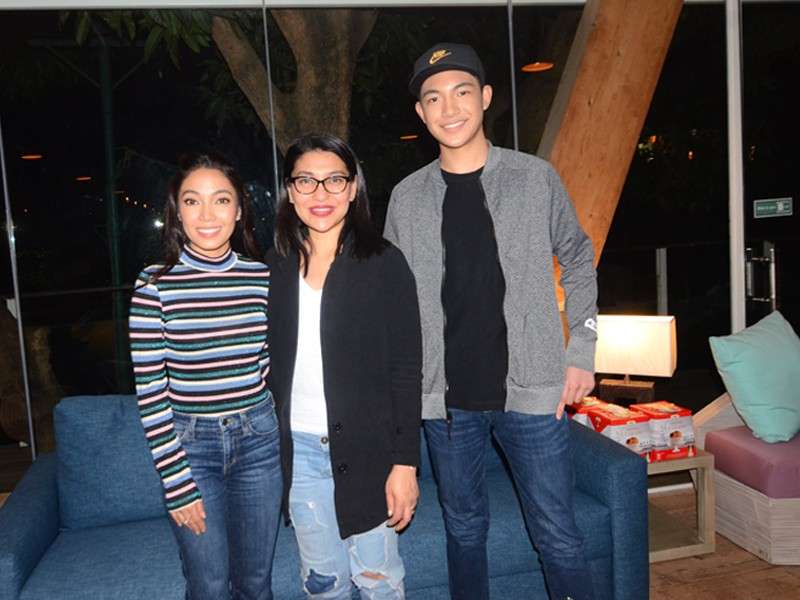 Asia's Nightingale, Lani Misalucha, was delighted with the idea of working with the two promising talents.

"The idea of all of us being put together in one show? I really got excited. First of all, because this will be the first time that I will be performing with them in a concert," said Lani.

She admitted that despite being the most experienced of the three, she still learned a lot from Darren and Jona. She learned how to cope up with today's generation and how to adapt to their taste of music. Meanwhile, Darren and Jona were also reminded to keep their feet on the ground without compromising professionalism. They also get tips for their love lives from Lani, too.

Being the youngest among the Aces, Darren felt the pressure of performing alongside the two veteran singers. He also revealed that he will be doing things for the first time in the concert.

Jona said she felt lucky and blessed to be working with Lani and Darren. "I think this concert will be a once-in-a-lifetime experience," she said. Regarding venturing into show business, Jona did not disregard the possibility. She was actually offered a role in "Wansapanataym" but because of The Aces concert, she had to decline.

The Aces are ready to belt out the best of their OPM original hits tonight, Feb. 2 at the Waterfront Cebu City Hotel and Casino. (Contributor, Michael Rey M. Cortes)