Mayor: BacoLaodiat Festival makes us prouder of our city 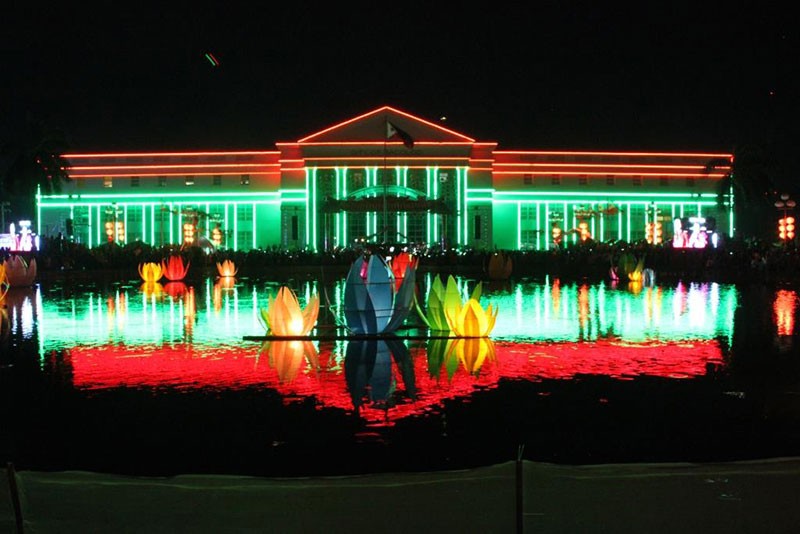 BACOLOD. The ceremonial lighting of the Bacolod City Government Center façade, with the stage for the Philippine Philharmonic Orchestra, at the opening of the 14th BacoLaodiat Festival Friday. (Bacolod City PIO) 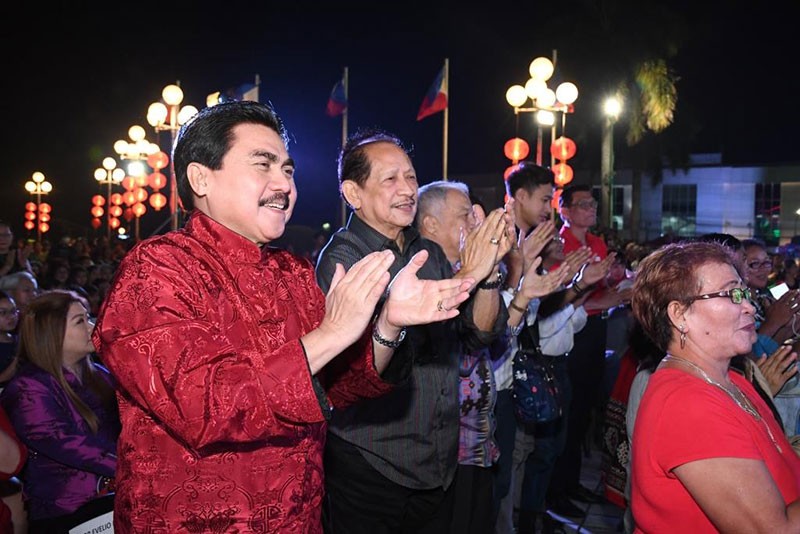 “It enhances our morale. It is a morale booster for all of us and it makes us prouder of our city and makes us involved,” the mayor said during the opening rites of the festival at the Bacolod Government Center (BGC) grounds Friday night.

The five-day festival kicked off with a free open concert of the Philippine Philharmonic Orchestra which was attended by thousands of Bacoleños.

“Probably, this is grandest opening ever, just the mere presence of Philippine Philharmonic Orchestra is something that makes this a cut above the rest,” Leonardia said.

He said the Philharmonic Orchestra is a dream orchestra and a world class.

“It’s flattering that we are having them here. What I love the most here is the symbolism that we are showing to our people that our growth and development is not just about the economy, our infrastructure, resiliency, government efficiency, and economic dynamism, but this is about our soul, feeding the soul of the Bacolodnon and arts culture and music,” he added.

The Philharmonic Orchestra, which recently celebrated its 45th anniversary, made Bacolod as one of their concert venues for their 36th season under Maestro Yoshikazu Fukumura and associate conductor Herminigildo Ranera.

“What is most symbolic for us is having the Philharmonic Orchestra here to remind our people that if you look the orchestra, this a group of different musicians, different instruments with different sounds and tempos and yet because they are united they have only one purpose, they played beautiful music together,” Leonardia said.

He added: “this is what we would like to see in Bacolod, while we are all different individual, different agenda, interest, and different characteristics if we can only join our hands together, if we can be like the Philharmonic and we have that harmony and peace in Bacolod, this city will move and accelerate to its highest heights.”

BacoLaodiat was coined from the name of the City of Bacolod and the Fookien word “laodiat,” which means happy celebration.

The mayor noted that it’s the first time that the BacoLaodiat Festival was held at BGC and this is the most joyful.

“This year of the pig, we always try every year to make Bacolod better than what it was. Our motto is still doing better than our best and we look forward even a faster growing city, and we hope that our growth and development will accelerate in unprecedented manner as we see in our figures and our records we believe that we have to sustain as long as we are just able to sustain this growth, this city will reach the highest heights ever,” Leonardia said.

Among the highlights of the festival is the BacoLaodiat Lantern Dance Competition, which will be participated by Carlos Hilado Memorial State College-Alijis, Balow Dance Group, Granadianz, Double J Full Force, Choi Force, and Rustylian, as well as last year’s champion, BMD, and first runner-up, Jojaju.

They will also hold a Lighted Giant Pig Lantern Contest for students.

Meanwhile, Leonardia said he did not receive a communication from the Filipino-Chinese community that they invited President Rodrigo Duterte as one of the guests in the festival.