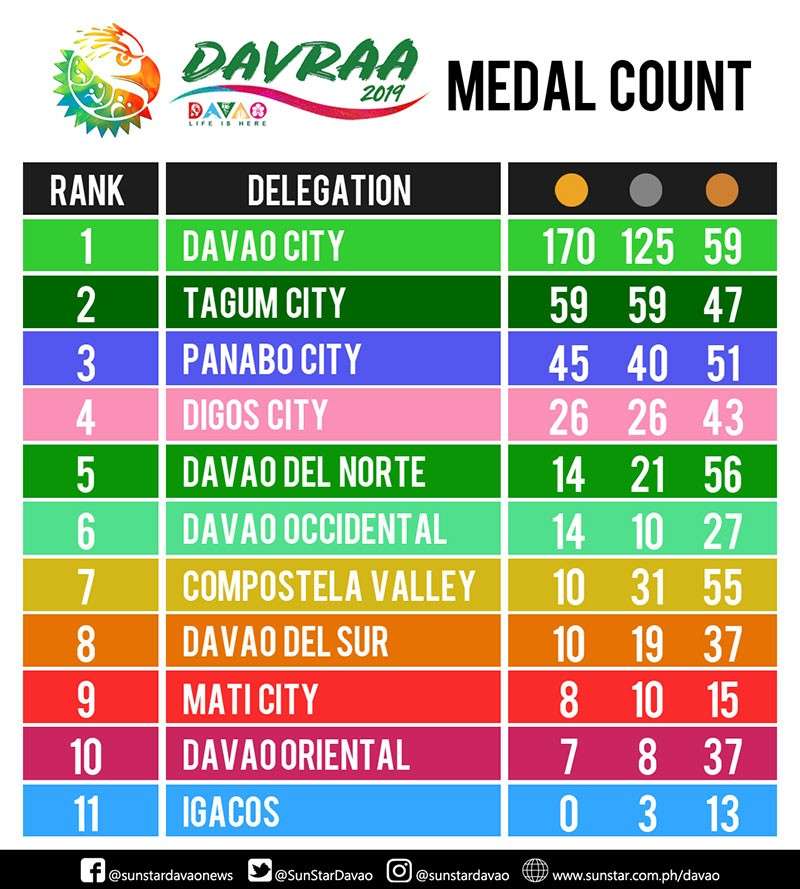 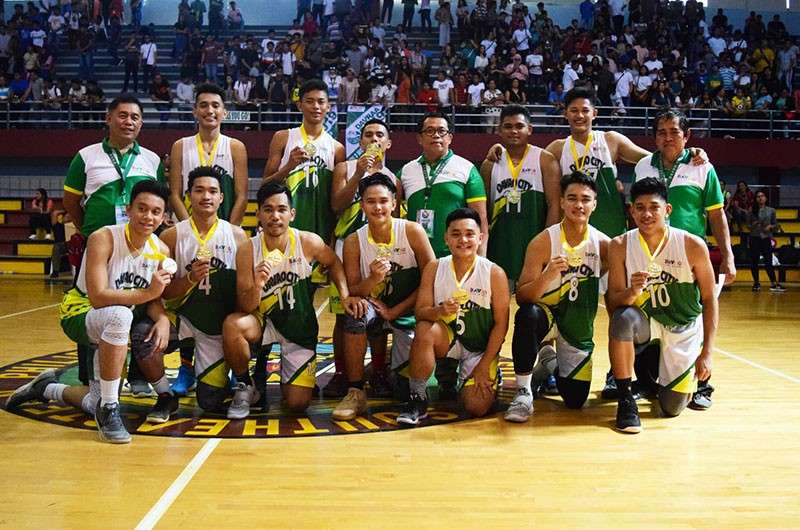 The secondary boys basketball team's rousing 90-73 finals win over Digos City at the University of Southeastern Philippines (Usep) Gym was a fitting ending for host Davao City's successful defense of its overall title in the Davraa Meet 2019 that closed at the Davao City-UP Sports Complex Saturday, February 02.

Davao City harvested a total of 170 gold medals, 125 silvers and 59 bronzes to be runaway winners of the weeklong sportsfest that serves as qualifying for the Palarong Pambansa 2019 slated April 27 to May 4 in Davao City.

Sorrosa said the finals match was not a walk in the park considering the strengths of Digos City.

He also said that the region's Palaro 2019 squad will be reinforced by two players from Digos City and one each from Tagum.

It was the third straight win of Davao City in Davraa secondary boys basketball but Sorrosa said it's the 15th Davraa title for the city team with Holy Child College of Davao Red Eagles as core players.

Over at the University of the Immaculate Conception (UIC), Davao City bets accounted for four gold medals, four silvers and one bronze to emerge overall champion as 2-2-1 Tagum City was second and 2-1-1 Panabo City third.