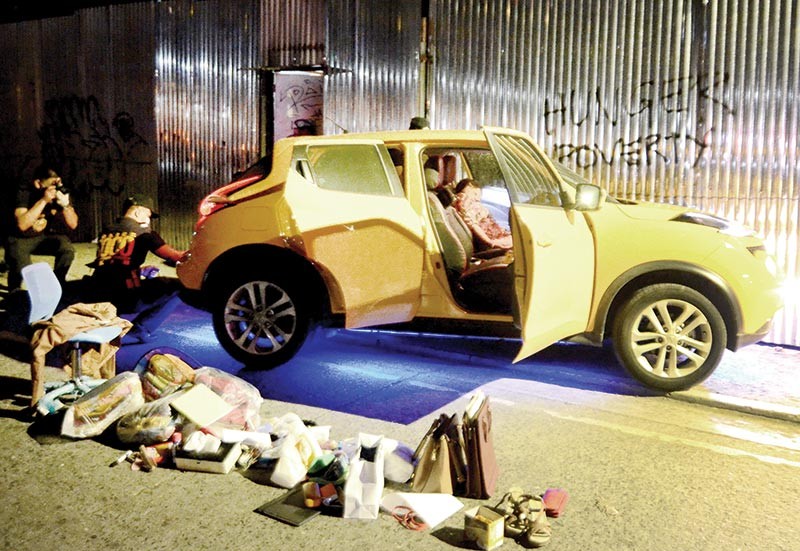 missing footage. Mary Ann Castro’s car had a dashcam, which would have recorded the last moments of her life. Footage, though, on the day of her ambush on Jan. 17 was missing. (Sunstar File Photo)

SOME footage from the dashcam in the car of prosecutor Mary Ann Castro, who was killed in an ambush on Jan. 17, is missing.

There was nothing on the day of the attack, her daughter Annamel Monique Castro Roa told radio dyHP.

Roa went to the radio station with her grandmother Helen Castrol and uncle Mariven Castro on Saturday, Feb. 2.

The dashcam and Castro’s vehicle are in the custody of the Abellana Police Station, while police investigate the assassination of the former Cebu City assistant prosecutor.

However, Chief Insp. Eduardo Sanchez, Abellana Police Station chief, denied tampering with the dashcam, although he admitted that they handed Mary Ann’s cellular phone to the PNP Cybercrime Group for forensic examination.

Mary Ann was driving her yellow Nissan Juke on the night of Jan. 17 when a man on board a motorcycle shot her.

Roa said that last Jan. 31, they went to the Abellana Police Station to pick up her mother’s car, cellular phone and planner. She was surprised that the dashcam lost some footage, including the recording of the actual ambush. What remained was footage from the day after, she said.

When she asked the police about it, Roa said she was told they didn’t touch the dashcam. They said they only checked her mother’s planner, she said.

“Of course, we don’t want to ascribe blame, but it really is curious because footage recorded from Jan. 17 and prior to Jan. 17 were no longer found in the dashcam. When, in fact, we know that she (Mary Ann) always recorded her travels whenever she drove the car,” Roa said in Cebuano.

Roa suspected someone erased the footage, but she refused to speculate as to who was responsible. She was also not sure if messages in her mother’s cellular phone had been deleted as she hadn’t read these before the ambush.

Roa said she was willing to turn over her mother’s dashcam and cellular phone to the National Bureau of Investigation (NBI) to determine if these had been tampered with.

She believes the contents of the dashcam can help solve her mother’s murder, as the dashcam records the front and the rear of the vehicle. She said it caught on video her mother’s last moments.

In a separate interview, Sanchez said they were also surprised about the missing footage.

He said the PNP Anti-Cybercrime Unit already looked at the messages in Mary Ann’s phone, and there was nothing to indicate that she received death threats prior to the ambush.

Sanchez also welcomed the decision of the Castro family to approach the NBI and to have the dashcam checked for signs of tampering.

Sanchez admitted that Mary Ann’s case had taken a backseat because they had other priorities. He said members of the Special Investigation Task Group Castro were meeting next week to continue their investigation.

Meanwhile, Roa described her mother’s murder as “brutal,” after the autopsy on her mother’s body revealed that she had bullet wounds in the neck, ear, cheeks, head and chest.

Roa believed her mother’s shooter was a good marksman as it only took him one shot to immobilize her. And to make sure Mary Ann was dead, the assassin shot her several more times at close range using the bullet hole on the window in the driver’s seat, Roa said.

Mary Ann was buried in her hometown of Clarin, Misamis Occidental last Jan. 26. The family decided to mourn privately as this was what Mary Ann wanted.

In the event that she would die unexpectedly, Mary Ann had requested her family that she wanted to die beautiful, which was why they had her wear false eyelashes during her wake. (from AZLG and AYB of Superbalita, JKV)