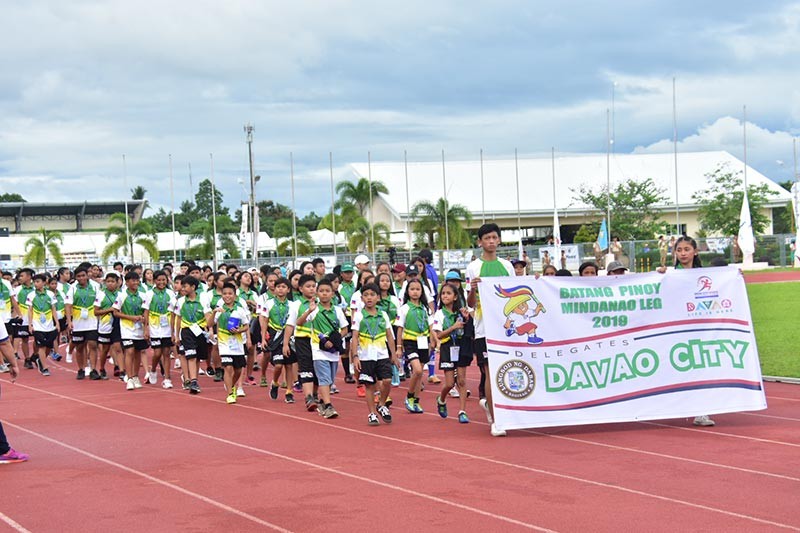 DEFENDING CHAMPION. Davao City delegates, who will try to defend the overall title, enter the Davao del Norte Sports and Tourism Complex during the opening ceremonies of the Batang Pinoy 2019 Mindanao Leg in Tagum City on Sunday, February 3. (Macky Lim) 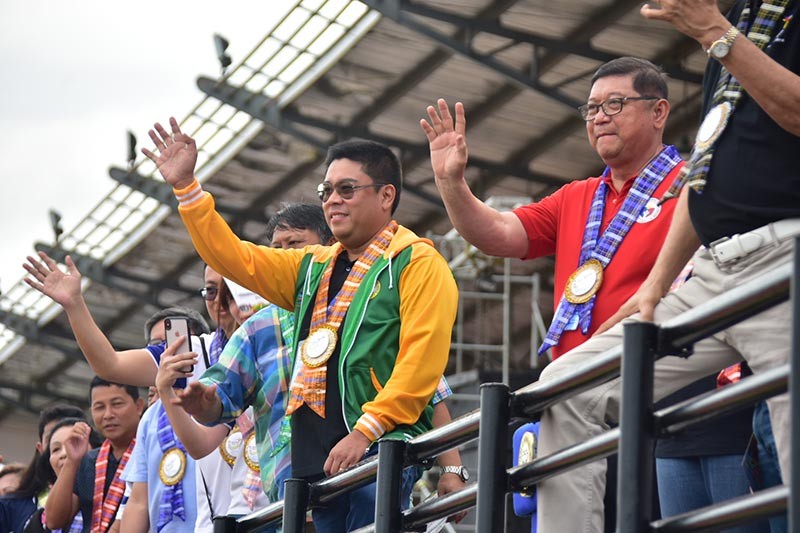 TAGUM CITY -- Winning medals is not the ultimate goal of the Batang Pinoy 2019.

Philippine Sports Commission (PSC) Chairman William "Butch" Ramirez, during the opening of the Mindanao Leg at the Davao del Norte Sports and Tourism Complex on Sunday, February 3, said, "The golds, silvers and bronzes you are searching in this Batang Pinoy are beautiful and good. But the friendship, discipline, values and character formation that you are enjoying in the midst of this sports competition is more important."

He said Batang Pinoy, designed for 15 years old and below athletes, is a core model of the PSC's sports for peace program along with Unesco-cited Children's Games.

The PSC chief also cited Davao del Norte Governor Anthony del Rosario for hosting the Batang Pinoy despite the flooding in some areas of the province.

He along with Commissioners Charles Raymond A. Maxey, Ramon Fernandez, Celia Kiram and Arnold Agustin then presented a token of appreciation to Del Rosario.

The latter assured PSC of the province's support. "If the PSC needs a world class venue for any sports event, we are more than welcome to host."

Also present during the opening rites, spiced up by a grand fireworks display, was Department of Interior and Local Government (DILG) regional director Alex Roldan.

Davao City Mayor Sara Duterte Carpio, who was invited as keynote speaker, was not around. Organizers said they did not receive confirmation from her end.

Close to 3,000 athletes from 89 local government units (LGUs) will battle for honors in the weeklong sportsfest starting today.

A total of 729 gold, 729 silver and 1,063 bronze are up for grabs in the games as well as slots to the national finals set in October.

Tight security is being enforced in the province, particularly in playing venues, billeting centers and major tourist destinations here following the spate of bombings in Jolo and Zamboanga City.