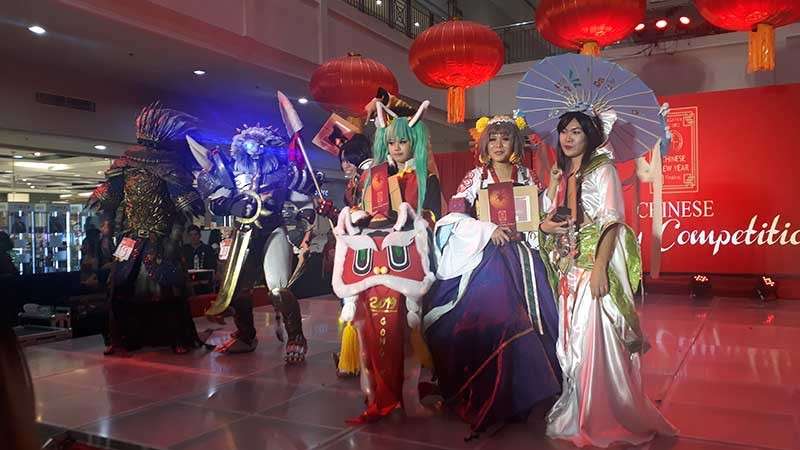 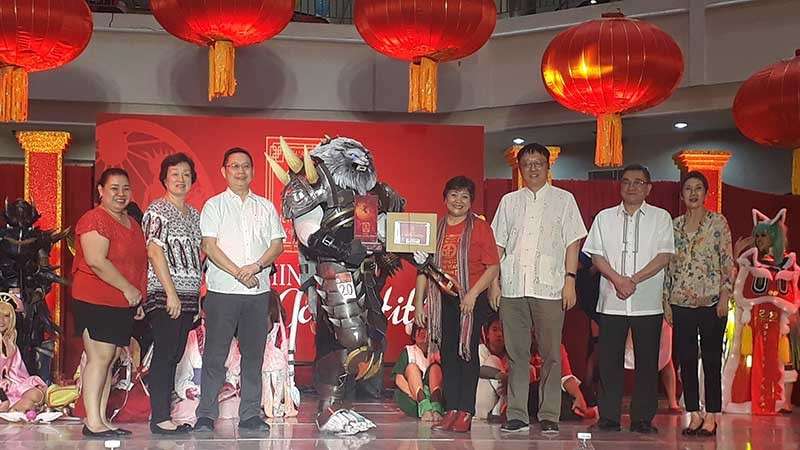 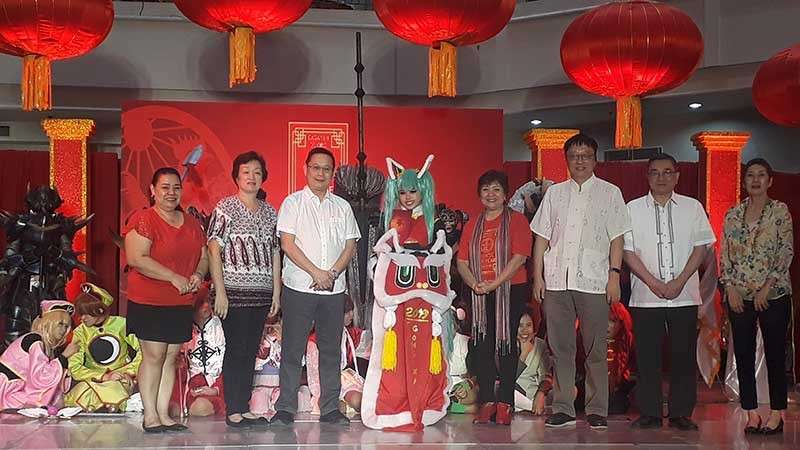 CAGAYAN DE ORO. The Cosplay Master for the cloth category, Herminia Tan, who cosplayed as Hatsune Miku in her Lion Dance costume. She received a P7,000 worth of cash prize and a trophy. (Jo Ann Sablad) 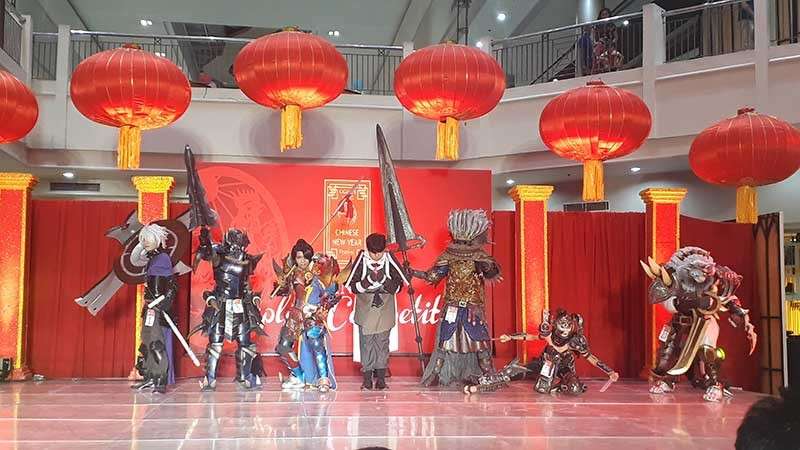 CAGAYAN DE ORO. The Chinese Cosplay Competition's armor cosplayers. Most of the participants under the armor category were from Davao City. (Jo Ann Sablad)

AFTER three years, the City Tourism and Cultural Affairs of Cagayan de Oro City, together with the Filipino-Chinese Community, brought back one of the events that Kagay-anon anime fans and gamers have been looking forward to: the Chinese Cosplay Competition.

In its second season, the event, which was held at Limketkai Mall's rotunda last Saturday, February 2, was participated by 23 contestants who cosplayed Chinese characters from different anime series and games.

"The last time we had it, there was a misconception as to what personality or anime should be portrayed. Some did a presentation of a Japanese cosplay. So, for this time, we really give emphasis that it would really be a Chinese cosplay it’s because it’s for the Chinese New Year celebration," Ave Gladys Gabucan, the officer-in-charge of the City Tourism and Cultural Affairs Office, said.

The competition was divided into two categories: the cloth category, which was participated by 15 cosplayers; and armor category, with eight cosplayers, with most of them coming from Davao City.

Each category will have three winners, with the first placers titled as the Cosplay Masters which were given to Herminia Tan (cloth category) and Victoriano Dan (armor category).

The Cosplay Masters were given trophies and cash prizes worth P7,000 and P10,000, respectively.

Other cloth category winners were: Armodia Ma. Rhenia, second placer who received a cash prize of P5,000 and trophy; and Preciso Myrrha, third placer who was also given a trophy and P3,000 cash prize.

Armor category winners, on the other hand, were: Wilfred Aquino, second placer and was given a trophy and P7,000; and John Michael Go, third placer and also received a trophy and cash prize worth P5,000.

Although it took three years for the Chinese Cosplay Competition to be conducted again, Gabucan shared the possibility of having the third season of the competition next year.

The Chinese Cosplay Competition is one of the highlight events in this year's Chinese New Year celebration of the city. Other events include: the ceremonies and fireworks on February 4, motorcade on February 5, and the Chinese Food Festival which will run until February 10.

"The City Tourism Office, in partnership with the Filipino-Chinese Community of Cagayan de Oro, we would like to invite everyone to join us as we celebrate the Chinese New Year 2019 and we still have more activities to look forward to," Gabucan said.