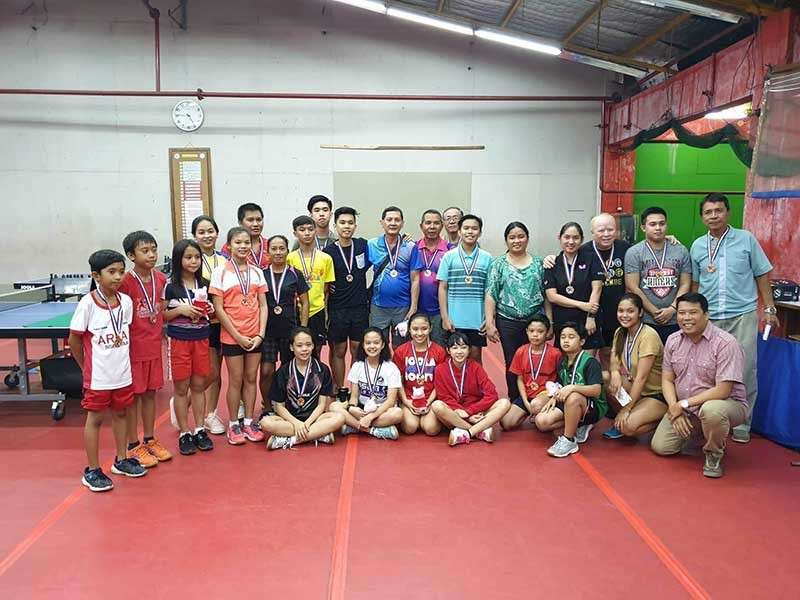 In the 10 & under Boys, James Michael Tancinco won the championship over JB John Gaviola while Juan Muñes settled for second runner-up.

In the 10 & under Girls, Jona Mae Gonzales bagged the gold award after winning over Ameera Bacomo while Sarah Daguia received the bronze award.

Well raised players in the 13 & under Boys event met in the semifinals, Dirk Nikhole Atilano won against Joaquin Bragancia.

Atilano advanced to the finals and faced his teammate Shaun Rain Jardinico after winning a crucial match over Klyde Denmel Repullo in the semis. With much effort, Atilano won the championship over Jardinico, 3-0, while Bragancia placed 2nd runner-up.

In the men’s open event, Janley Manzanares strongly ended all his matches including the championship against James Saligumba while Cris Lester Rejon placed third.

In the men’s executive event, Garry Trasporto won over Pastor Allan Tupas in the finals, while Monico Puentevella Jr. settled for 2nd runner-up.

In the Women’s executive B event, Timon Villanueva gained her victory over Vanessa Puentevella in the championship match, while Ma. Lee Trasporto was 2nd runner-up.

The Veterans (60 & above) event is one of the inspiring group in this tourney because there are still seniors who enjoyed playing. Felipe Epitacio garnered the championship while Rev. Joel Valdez placed second, and Ben Alo finished third. (PR)