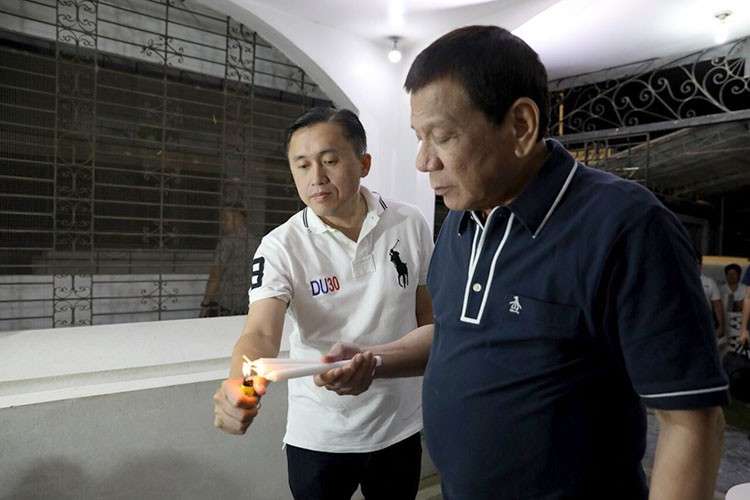 FOLLOWING his rumored death, President Rodrigo Duterte ended his five-day hiatus from the public sight on Monday, February 4, when he visited the grave of his parents at the Roman Catholic Public Cemetery in his hometown Davao City.

Duterte paid respects to the memories of his parents around 11:30 p.m. Monday to commemorate the 7th death anniversary of his mother, Soledad Duterte, photos from his long-time aide, former Special Assistant to the President Christopher Lawrence Go, showed.

Duterte was seen lighting candles and offering prayers for his departed.

It has been the tradition of the 73-year-old Chief Executive to go to the resting place of his parents during their respective death anniversaries and in their occasions.

The President's visit to the graves of his parents came after false news about his death circulated on social media.

Duterte's last public engagement was on January 29 when he led the groundbreaking of the new site of the San Lorenzo Ruiz General Hospital in Malabon City, and attended the movie premiere about former police chief Ronald dela Rosa in Mandaluyong City.

Duterte on Sunday, February 3, merely poked fun about his alleged passing, saying in jest that the public should pray for the eternal repose of his soul. (SunStar Philippines)