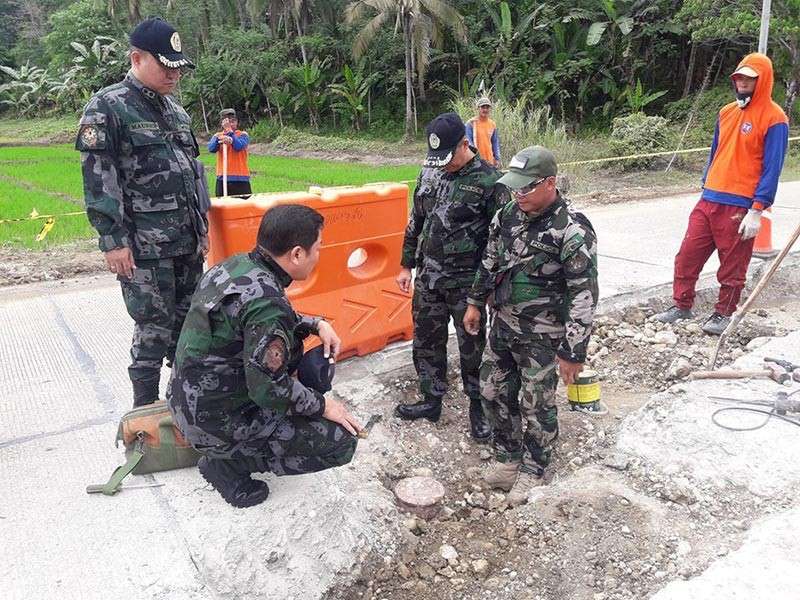 Authorities recovered one anti-tank IED buried along the said national highway with a dimension of eight inches diameter, one foot height and weighs up to seven kilos.

An excavation of the Department of Public Works and Highways which started on January 28 led to the recovery of the anti-tank IED with wiring and a blasting cap.

A team from the Explosive Ordnance Division disarmed and removed the said IED.

The explosive device was turned over to the Philippine Army for proper disposition.